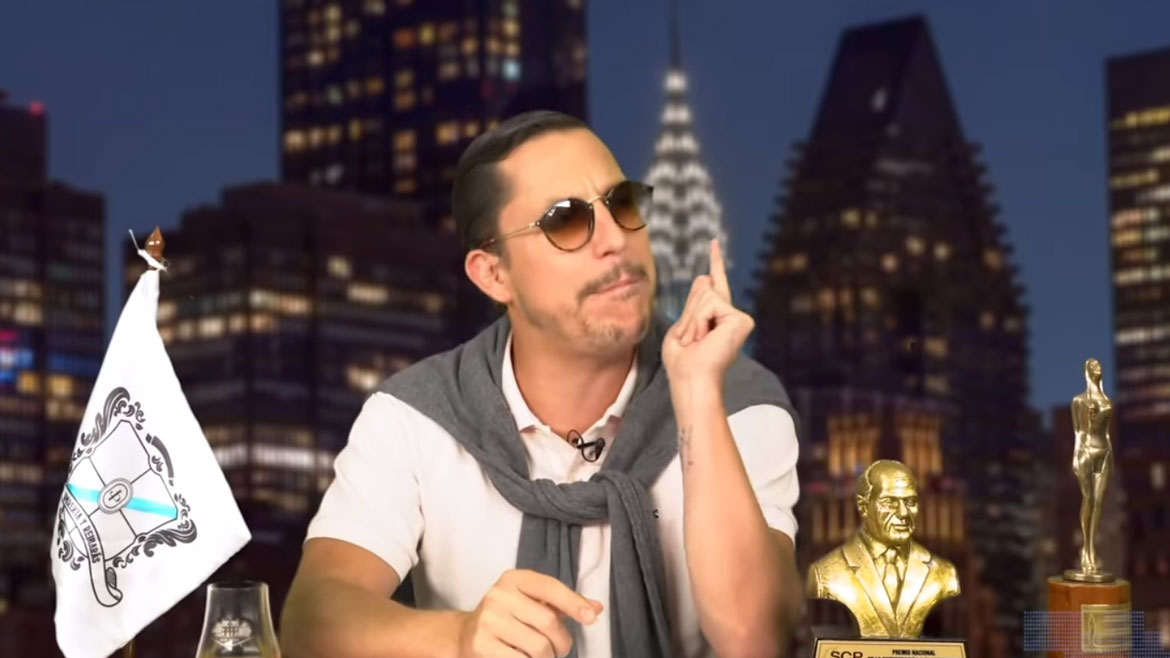 One of Colombia’s most famous comedians and social critics said that his children were being threatened after receiving death threats himself.

In a tweet, comedian Alejandro Riaño showed a threat in which a self-proclaimed anti-leftist threatened his children on Sunday.

I don’t write all I want to happen with your twins or they will cancel my Twitter, but I hope it will be every fucking thing possible.

The comedian sent out a new message on Monday to thank for the wave of support he received “in regards to my complaints.”

The comedian said that the threat targeting his children was the latest of multiple he has been receiving “for a long time.”

This is something that’s been happening for a long time already, not just these threats but others.

Riaño said that his wife and his production team agreed they wouldn’t be intimidated by threats, the comedian previously said were expected for the popular political satire and social criticism.

Riaño has risen to prominence over the past few years with “Juanpis Gonzalez,” a character satirically portraying Bogota’s elite that interviews national politicians.

We will continue raising our voices. We won’t shut up.

The threat to his children followed skits in which Riaño’s “gomelo” character echoed conspiracy theories over the Russian coronavirus vaccine promoted by the far-right and proposed to preventively bomb children.

If they don’t kill those children in bombardments, they will recruit them. Get that, for God’s sake.

The sketches were the comedian’s response to criticism of the government of far-right President Ivan Duque that refused to consider purchasing the Russian vaccine until earlier this year and defended the bombing of underage victims of forced recruitment, claiming guerrilla groups turned them into “war machines.”

The stigmatization of ethnic minorities and opposition to the government has been named as one of the main causes of political violence and death threats targeting human rights defenders, native Colombians and journalists.