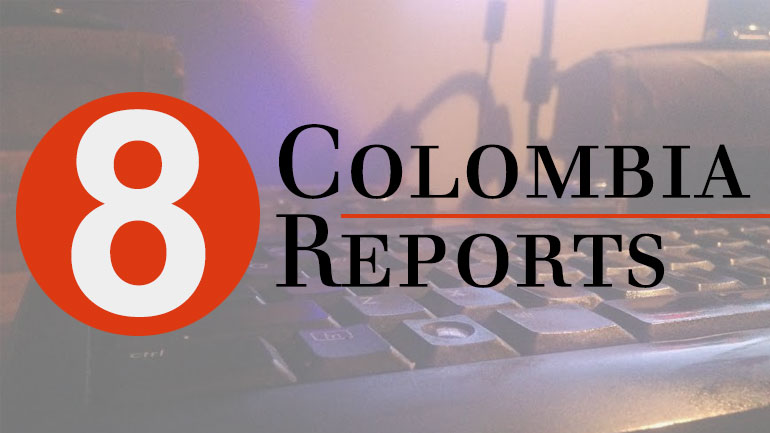 A little while ago already, this website received an investment from GITP Ventures director, Michael Puscar, a good friend of mine.

However, Michael and I soon found out that running a news website almost automatically creates conflicts with the economic interests of investors, more than we had anticipated. Neither us of had the desire to compromise the website’s editorial integrity.

Faced with that dilemma, Michael and I decided that I would buy back the shares and be friends rather than business partners.

With the corporate BS behind us, Michael could go back to doing business and I could go back to the journalism project I started in 2008 and is now, to my surprise, Colombia’s longest-living news website in English and one of the biggest in Latin America.

When I started Colombia Reports, the purpose had little to do with making money, it was to promote knowledge about Colombia, provoke informed debate and go beyond the complacency of mainstream news reporting. My initial idea when I moved to Colombia was that I would find a job, but as I found out, there are no jobs in Colombia.

It is very cool to have found a specific niche and I feel it’s valuable somebody is able to dedicate so much time studying and writing about Colombia. This really benefits people who want or need accurate information on Colombia and know better than the happy-go-lucky PR diddle.

For this reason, I would like to voice my appreciation and recommend you also read work of my colleagues at Mike’s Bogota Blog, The Bogota Post, Medellin Living and The City Paper, who in their distinctive ways have made invaluable contributions to a diverse reporting on Colombia.

Had it not been for this plurality, information consumers could not double check information or look for different perspectives on facts.

Having said this, it would be dumb to pretend that this cool thing I’m doing means I have found the chicken with the golden eggs or even a decent job. It’s quite the opposite.

The only way Colombia Reports has been able to sustain itself is by contributions by my parents, a few engaged entrepreneurs, and readers. They are paying the cost of the server, our Skype credit and the thousands of other costs that come with maintaining a news website.

Readers have increasingly become voluntary financial contributors rather than just “ad-clickers.” It has been people like you and me who have kept this website free and less dependent on volatile advertising revenue.

The readership has been of an importance that transcends finance. Debates and heated discussions in the articles’ comment section, and on the websites’ social media have led to profound editorial policy changes that have improved our work.

Likewise, readers have been actively involved in improving how the website looks and which stories we pick. This has not been a matter of looking at which article is most popular, but listen, correct and improve when there is criticism.

One of the new features we’ve been able to create thanks to reader contributions is the free weekly newsletter that launches on Thursday. This newsletter will contain the 10 most important articles of the week for those who don’t have the time to visits websites all day.

What we want to do the coming months is build a proper app that makes it easier to access the website’s content from a phone. Additionally, we want to start a free Whatsapp broadcast channel to have each new article or news alert sent directly to your phone. This will cost money we don’t have.

If you are not yet a voluntary contributor, but would like to be one, please become Colombia Reports’ friend or make a one-off donation. It won’t be in vain.

For this year, we’re going to take one step at the time and will try to report on what’s most important as adequately and accurately as possible while hopefully soon launching that app and the Whatsapp broadcast channel. I’m also looking for ways to further amplify interaction between readers and writers. If you have an idea on how to do this, please let me know.

If you have any questions or remarks, please feel free to leave a comment or use the contact form.