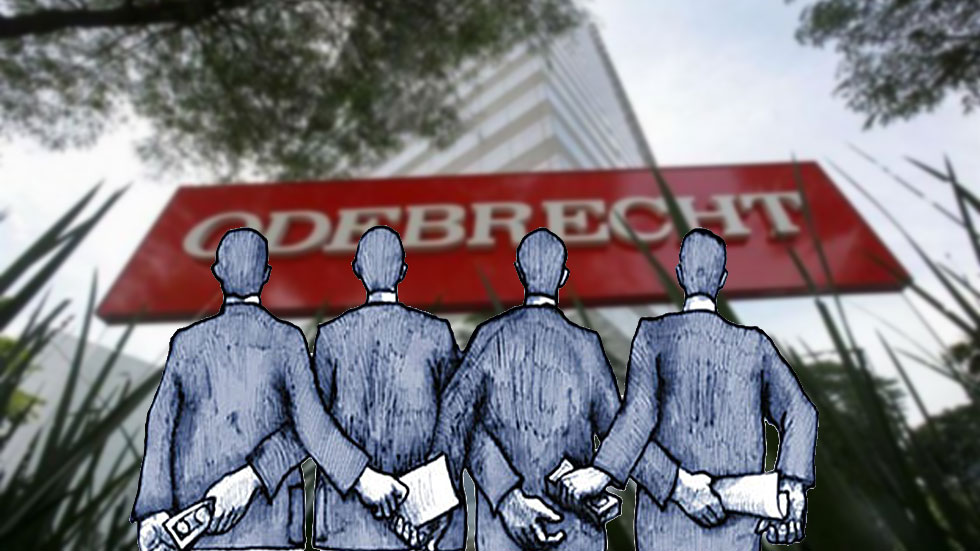 With both the president and his opposition rival in the last elections implicated, the fallout from the Odebrecht corruption scandal in Colombia could cause an unexpected purge in Colombia’s corruption-ridden political establishment.

The Odebracht bribery scandal that was initially alleged by US judicial authorities, in Colombia is growing as bribery allegations implicate more and more top politicians and high-ranking officials.

The arrests made last year in relation to the scandal involving Brazil’s largest engineering firm were just the tip of the iceberg, revealed Colombia’s Prosecutor General, Nestor Humberto Martinez, ironically a former attorney for one of Odebrecht’s implicated subsidiaries.

To make the scope of the growing scandal somewhat clear, these are the people implicated in the scandal implicating both the administration of Juan Manuel Santos and that of opposition leader Alvaro Uribe.

The former Deputy Minister of Transport and director of the National Institute of Concessions (INCO) allegedly received $6.5 million in bribes from Odebrecht during the awarding of a 2009 roadway contract for Section Two of the Ruta del Sol highway, which connects central Colombia with the Caribbean coast.

He was the first person to be arrested in connection to investigations into the Odebrecht corruption scandal and is currently being held at La Picota prison in the Colombian capital of Bogota.

These accusations led to him withdrawing his candidacy for the 2018 elections in early March 2017, and he released a statement saying, “I led an honorable campaign; I am at the disposal of the authorities to account for all my actions, as I have always done in my public life. Today, above all political considerations, my priority is the tranquility and good name of my family.”

Jose Elias Melo is the former president of holding company Corficolombiana and has been implicated in the bribery of the aforementioned minister. Corficolombiana formed part of the Ruta del Sol Concession along with Odebrecht and Grupo Solarte. Together, these groups were in charge of building a 330-mile long section of the Ruta del Sol highway between Puerto Salgar and San Roque.

Following a formal interrogation in January of this year, the prosecution provided evidence that allegedly proves Melo’s participation and knowledge of the facts in the Gabriel Garcia case.

Another former Deputy Minister of Transport, Juan Ricardo Noero, was implicated for his knowledge of the bribery of Gabriel Garcia.

This is where Enrique Ghisays enters the scene, having already accepted charges for money laundering, having established the Panamanian firm along with his half-brother Eduardo Assad.

The company was created with the sole purpose of laundering the millions that Gabriel Garcia received from the Brazilian company.

Miguell Peñaloza and Mateo Restrepo were advisers to former President Uribe and are currently under investigation for their public responsibility in the adjudication of the Rutal del Sol highway construction.

The Prosecutor General’s Office have also decided to call Daniel García Arizabaleta and Eduardo Zambrano for questioning due to their alleged involvement and knowledge of the bribery that Odebrecht provided to in relation to the Ruta del Sol construction project.

Daniel Garcia began advising the multinational Odebrecht in 2010, soon after having accessed inside information about the important infrastructure contracts being assigned by the State. After working for Odebrecht, he became the political coordinator of Uribe’s Democratic Center party.

Rafael Nieto was the deputy justice minister in the Uribe administration and allegedly knew about the bribery without pursuing an investigation. He has denied any link with the construction company or any wrongdoings.

All the people mentioned above are to be summoned to court for knowledge of the bribes and Odebrecht’s corrupt practices without going to the authorities.

The director of the National Infrastructure Agency (ANI) was formally linked to the investigations after his interrogation on February 21.

He played a large role in awarding the contracts for the Ruta del Sol and Ocaña-Gamarra road to Odebrecht. Due to his position within the government his signature appears on many of the contracts.

Juan Sebastian Correa, adviser to Andrade in the ANI, has also formally been linked to the investigation.

Former Education Minister Gina Parody is being investigated for an alleged conflict of interest when she signed the contract giving Odebrecht the construction permit to build the Ocaña-Gamarra highway as she was the partner of former transport minister Cecilia Alvarez, .

Senator Ernesto Macías of the Democratic Center Party has filed a disciplinary complaint against her and Alvarez, who was minister between 2012 and 2014.

The complaint argues that the Ocaña-Gamarra highway project was not planned during the initial phases of securing the Ruta del Sol contract and that Parody sought to build the road in order to benefit the port of Andalusia in Gamarra, in which the Parody family has an equity stake.

Businessman Andres Giraldo has been formally linked to the investigation after he allegedly received the aforementioned million dollars from Elias destined for Santos’ 2014 reelection campaign.

In an interview with weekly Semana, the businessman acknowledged that he had met Bula (did not remember if once or twice), but denied that he had received any money.

Roberto Prieto was the manager of President Juan Manuel Santos’ presidential campaign in 2014.

The Santos campaign in 2014 allegedly received as much as $1 million from Odebrecht. This was a portion of some $4.6 billion allegedly paid to the former senator Otto Bula.

The Prosecutor General’s Office is also investigating former Senator Pinio Olano and current director of the National Federation of Provinces for his alleged participation in the bribery scandal.

Bula, who was a Liberal Party senator from 1998 until 2002, was further tasked with ensuring certain favorable conditions were included in the contract, such as a higher number of expensive tolls, according to a statement released by the Prosecutor’s Office in January.

He is being charged with bribery and illicit enrichment.

U Party senator Bernardo ‘Ñoño’ Elias was implicated in the scandal following a testimony given by Eleuberto Martorelli, Odebrecht’s Director in Colombia.

The prosecution claims to have solid evidence that Elias was one of the intermediaries of a controversial meeting between Bula and businessman Andres Giraldo.

Bula claimed that at that meeting he gave Giraldo a million dollars that would be destined for the management of the campaign of Juan Manuel Santos in 2014.

Elias has denied the accusations.

From 2001 to 2016, Odebrecht paid hundreds of millions of dollars in bribes in association with projects in 12 countries, including Brazil, Argentina, Colombia, Mexico and Venezuela, according to the U.S. charging papers.

The uncovered corruption includes an alleged $11.1 million in bribes in Colombia so far, with the legitimacy of Colombia’s politicians being brought into question.