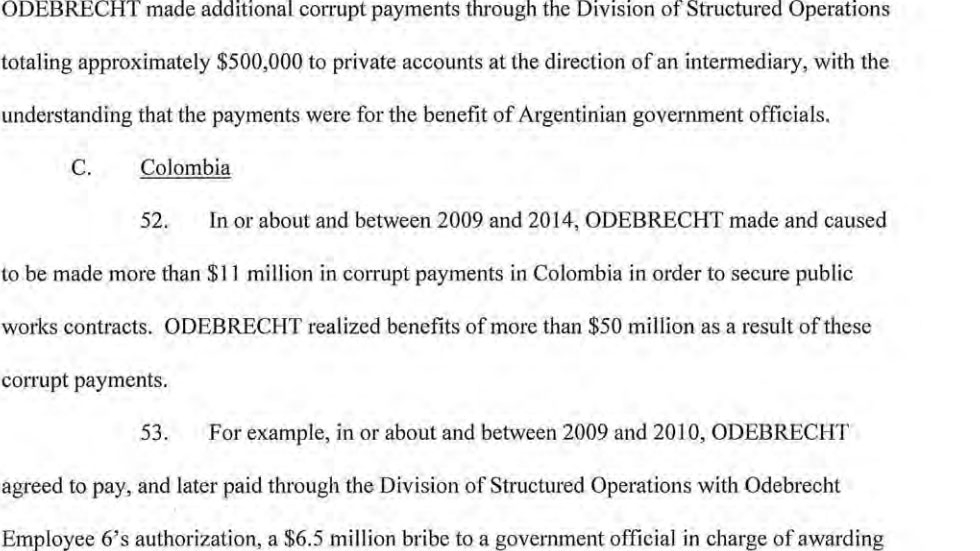 Colombia’s prosecutor general’s office has arrested an official in former president Alvaro Uribe‘s administration suspected of receiving $6.5 million in bribes from Brazil’s Odebrecht during a 2009 roadway contract, it said on Thursday.

Gabriel Garcia, who was director of an institute that managed roadway concessions and later Uribe’s vice minister of transport, is the first person arrested in connection with investigations into bribes by Odebrecht.

“The prosecutor general has evidence that Mr. Garcia sought payment of $6.5 million to guarantee that Odebrecht was the company chosen for the Ruta del Sol Dos, excluding other competitors,” attorney general Nestor Humberto Martinez told reporters.

He said an ongoing investigation would seek to establish who else was involved and said bribes worth $4.5 million had been paid to the Brazilian construction company during current President Juan Manuel Santos‘s administration.

Odebrecht in December pleaded guilty in U.S. federal court in Brooklyn to conspiring to violate a U.S. foreign bribery law after an investigation involving political kickbacks at Brazil’s Petrobras unearthed the bribery scheme.

From 2001 to 2016, Odebrecht paid hundreds of millions of dollars in bribes in association with projects in 12 countries, including Brazil, Argentina, Colombia, Mexico and Venezuela, according to the U.S. charging papers.