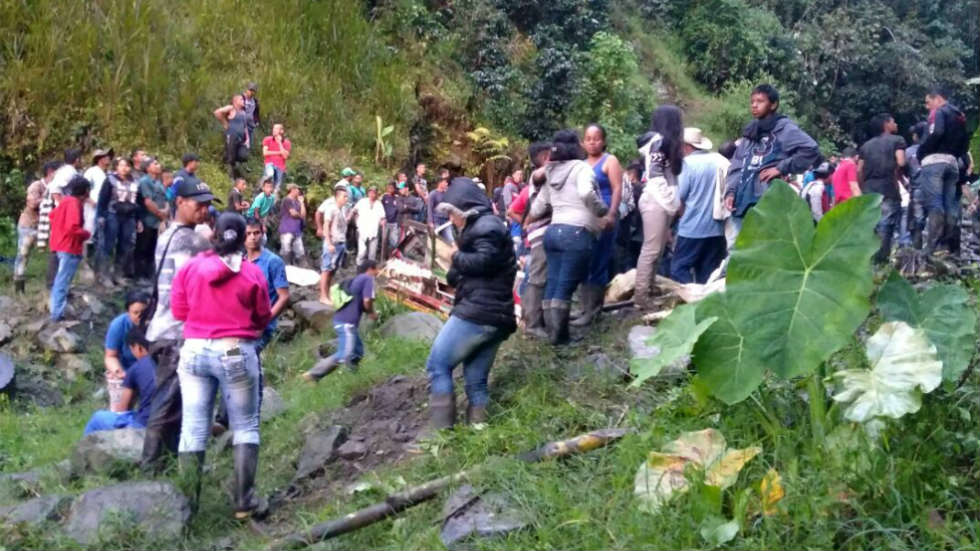 The people of Sabanalarga, a rural community in northwest Colombia, are in mourning after a bus accident killed at least 14 and injured 35 on Sunday.

The bus fell into a ravine in rural part of the municipality that is located some 45 miles northwest of Colombia’s second largest city, Medellin.

The victims were mainly local farmers traveling between the town center and a township called El Oro, an hour and a half from the town.

While 49 victims were confirmed late Sunday, Sabanalarga mayor Cesar Cuadros could not say exactly how many people were traveling on the “chiva,” a traditional bus.

Locals were the first to help, carrying injured victims out of the 150-meter-deep ravine one hours drive from the municipal center.

The rescue efforts were complicated by the remote and mountainous location of the tragedy.

The regional disaster management unit and the military reported to be on the ground within 12 hours of the accident.

The Sabanalarga hospital was unequipped to cope with the many injuries. Hospitals in the nearby town of Santa Fe de Antioquia and provincial capital Medellin agreed to take in many of the injured.

The mayor called on locals to refrain from sharing photo or video material from the accident on social media out of respect for the victims and their family.