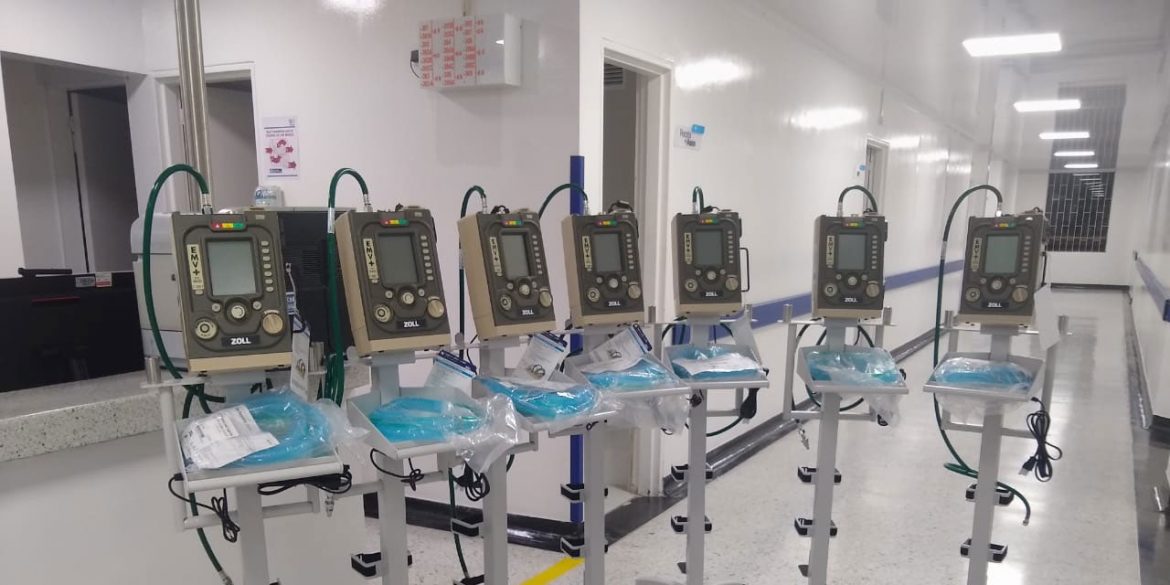 Following a meeting with Health Minister Fernando Ruiz, Mayor Claudia Lopez said the ministry vowed to give the capital more than the 425 ICU’s promised before the end of August.

“There won’t be another lockdown”

We went from being offered 425 ventilators in three months to being given 430 in these two weeks, 300 later and the guarantee that if we need more they will deliver them. Thank you, Health Ministry.

Lopez had stepped up pressure on the government of President Ivan Duque, threatening to suspend the government’s economic reactivation plans if a 75% ICU occupancy rate forced her to declare a red alert.

The increased number of ICU’s, however, “added to those already bought by Bogota, allow us to have a good care system in July,” according to the mayor.

Lopez’s aggressive negotiation tactics to prevent the collapse of the healthcare system in the city of 7 million clearly annoyed Duque’s administration chief, Diego Molano, who told Caracol Radio that “you don’t manage ventilators by screaming.”

Bogota’s mayor would accept no condescending attitude from the president’s right-hand man and told Molano on Twitter she only showed him what it’s like “when a woman shows a powerful man he adds nothing to any discussion.”

Now the rest of Colombia

Having given in to Lopez, Duque and his health minister will now have to step up efforts to obtain ICU’s and ventilators promised to other mayors and governors.

With infections soaring in the US and Latin America, the demand for this life-saving medical equipment is higher than ever and thus extremely difficult to obtain.

Healthcare in the south of the country collapsed weeks ago already, and the situation on the Pacific and Caribbean coast is critical. Hospitals in major cities like Cali and Barranquilla are on the brink of collapse with ICU occupancy rates above 80%.

The peak of the pandemic is not expected until the end of August.