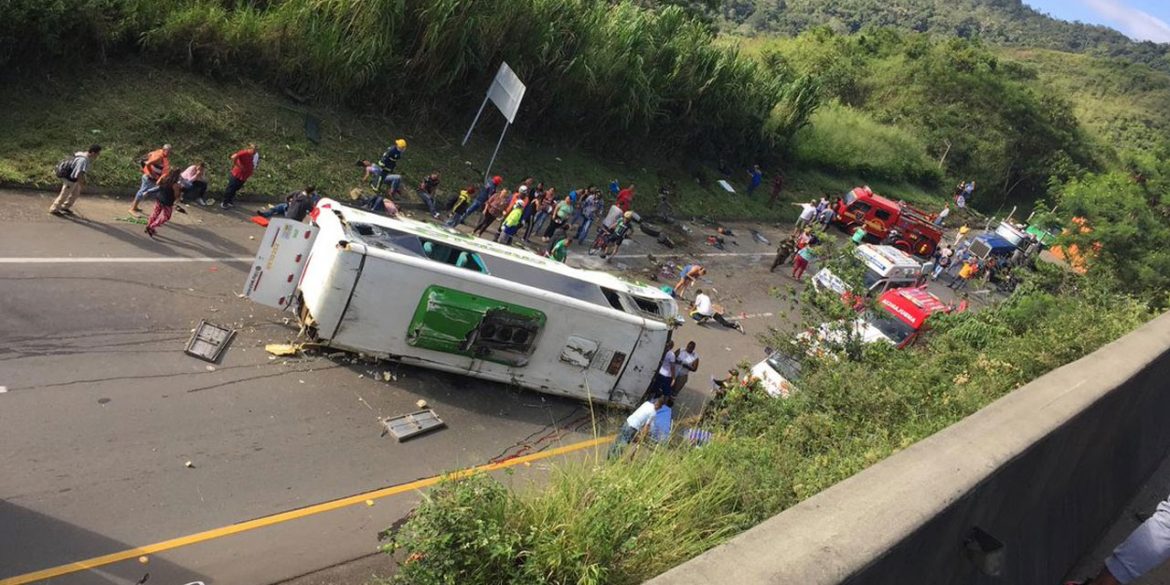 At least nine people were killed and 23 people were injured in a bus crash in southwest Colombia on Sunday.

According to police, the fatal accident took place on the road between Buenaventura and Buga, two cities in the Valle del Cauca province.

Local media reported that the bus was transporting the local volleyball team from the town of Darien that was on its way to Yocoto for a match.

Valle del Cauca police told media they believed the driver of the bus of the Cristales transport company lost control of his vehicle due to a mechanical failure.

The exact cause of the tragic accident was still being investigated on Sunday afternoon.