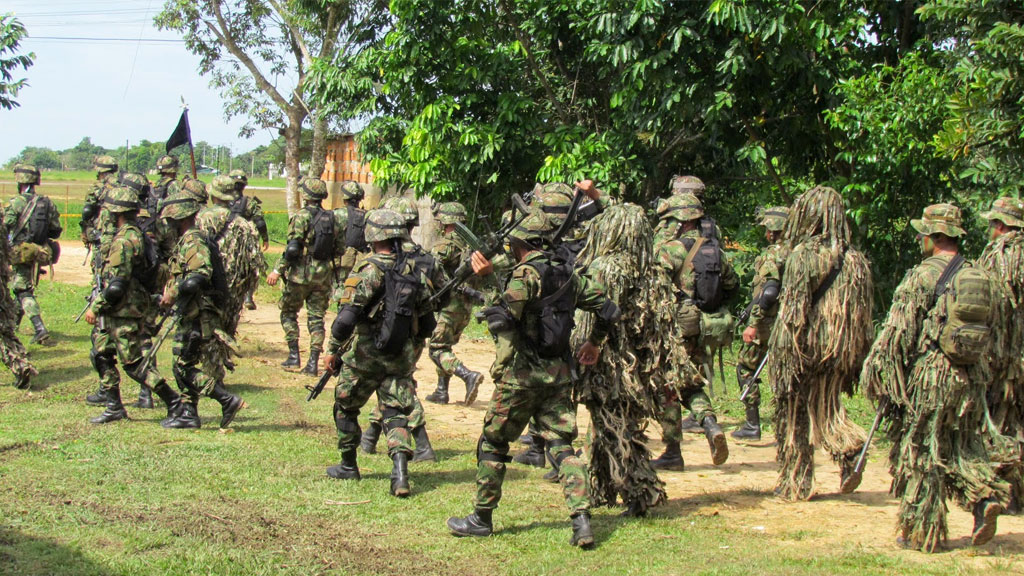 While government and FARC peace negotiators are looking for ways to de-escalate Colombia’s armed conflict, President Juan Manuel Santos announced on Monday that police and military had killed nine rebel fighters in combat.

Santos announced the military victory on Twitter where he said that the killed FARC combatants were part of the guerrillas’ 7th and 27th front, two guerrilla fighting units that are active respectively in the central Guaviare and Meta states.

According to the president, the combat in which the guerrillas were killed took place in Meta.

A local military commander confirmed the news and told newspaper El Tiempo that another four guerrillas were captured.

“The offensive continues. We do not let down our guard!” Santos said on the social media platform only days after peace talks resumed to prioritize the de-escalation of the armed conflict.

The de-escalation was agreed between government and rebel negotiators after a military victory of the FARC, the capture of an army general, spurred the president to suspend the talks.

While the parties that have been at war since 1964 agreed to peace talks in 2012, fighting continues as no ceasefire was agreed for the duration of the talks.

The negotiators, who are holding talks in Havana, Cuba, are set to negotiate a final ceasefire once agreement has been reached over the government’s and the FARC’s responsibility for the victimization of 7 million Colombians, 13% of the country’s total population.