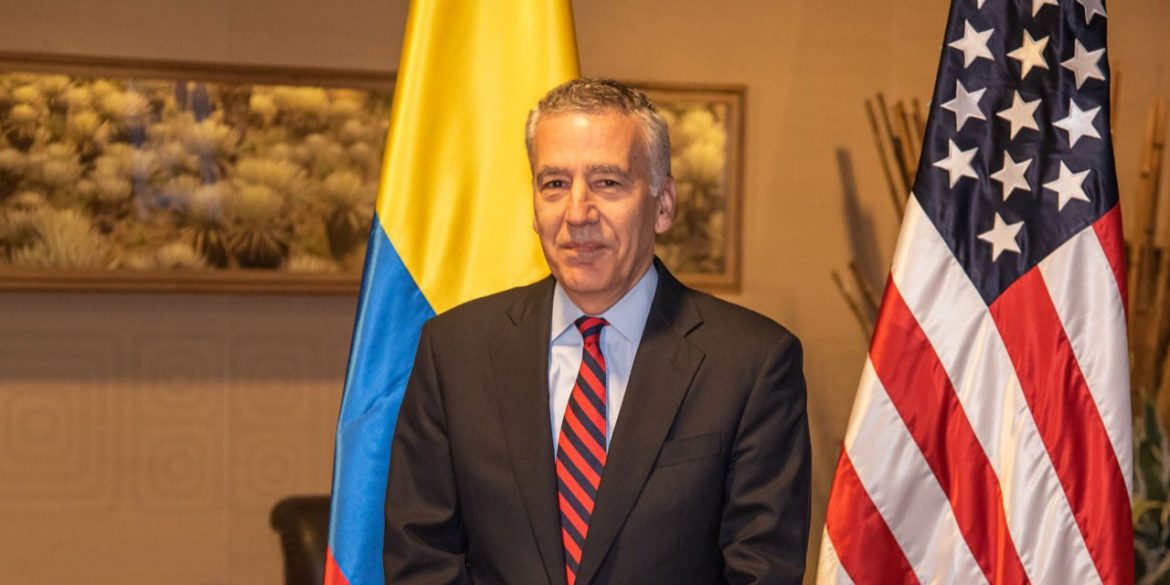 New US ambassador arrives in Colombia

The United States’ new ambassador, Philip Goldberg, arrived in Colombia on Saturday, a month after the former ambassador left.

Goldberg replaces former ambassador Kevin Whitaker who was expected to leave in February 2017 already, but was forced to stay on amid bickering between the White House and US Congress about his successor.

Philip Goldberg confirmed as new US ambassador in Colombia

In a press release, Goldberg said he was “very happy to be here in Colombia,” where he worked early this century as coordinator of “Plan Colombia,” a bilateral initiative to curb cocaine exports to the US and combat leftist guerrillas.

As designated ambassador to Colombia, I look forward to continuing to work with our Colombian allies to continue our relationship, which is one of the strongest and most important in our region.

In a meeting with the press, the new ambassador said that “the country has changed a lot” since he was here last and said he had to learn a lot from “the new Colombia.”

Furthermore, the former Plan Colombia coordinator will be confronted with resistance from Congress against US-backed plans to resume the aerial fumigation of coca, the base ingredient for cocaine.

This strategy was a key element of Plan Colombia, but is currently banned because of growing evidence it is ineffective and a major hazard to public health and the environment.

Goldberg will also have to try to improve deteriorated relations with Colombia’s courts and congress, which effectively wants to end the US-backed “war on drugs” and vowed to seek the approval of legislation to seek a long-term solution to the country’s booming drug trade.

Adding to the ambassador’s challenges are the pending investigations against allegedly rogue DEA agents who tried to link a former FARC commander to drug trafficking apparently without any evidence.

Last but not least, Goldberg will be playing a key role in his government’s dealings with Venezuela, which is suffering a major humanitarian and institutional crisis and whose government has accused Washington of conspiring with the Colombian government to oust disputed President Nicolas Maduro.