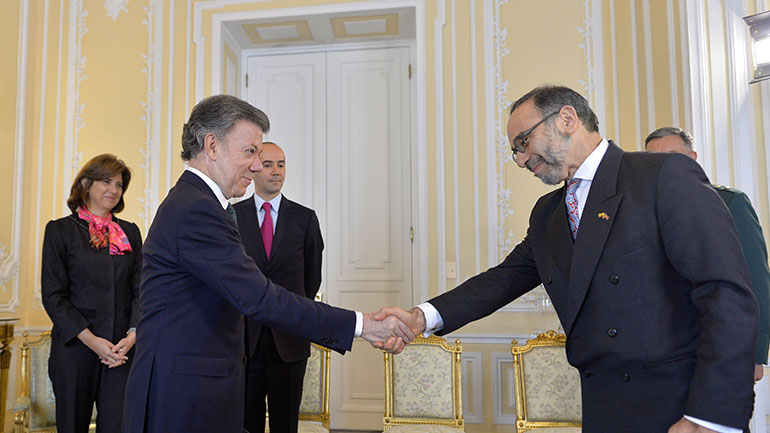 Senior diplomat Peter Tibber was transferred to Colombia after having served as ambassador in Sudan for three years.

Tibber arrival comes just before a planned peace deal between the Colombian government and the FARC, one that is supported by the British government.

The new ambassador also comes amid dropping trade between the two countries; Exports to the UK dropped 45% last year and imports from the UK dropped 9.1% between November 2014 and the same month last year.

Tibber is expected to stay on for the coming three years.