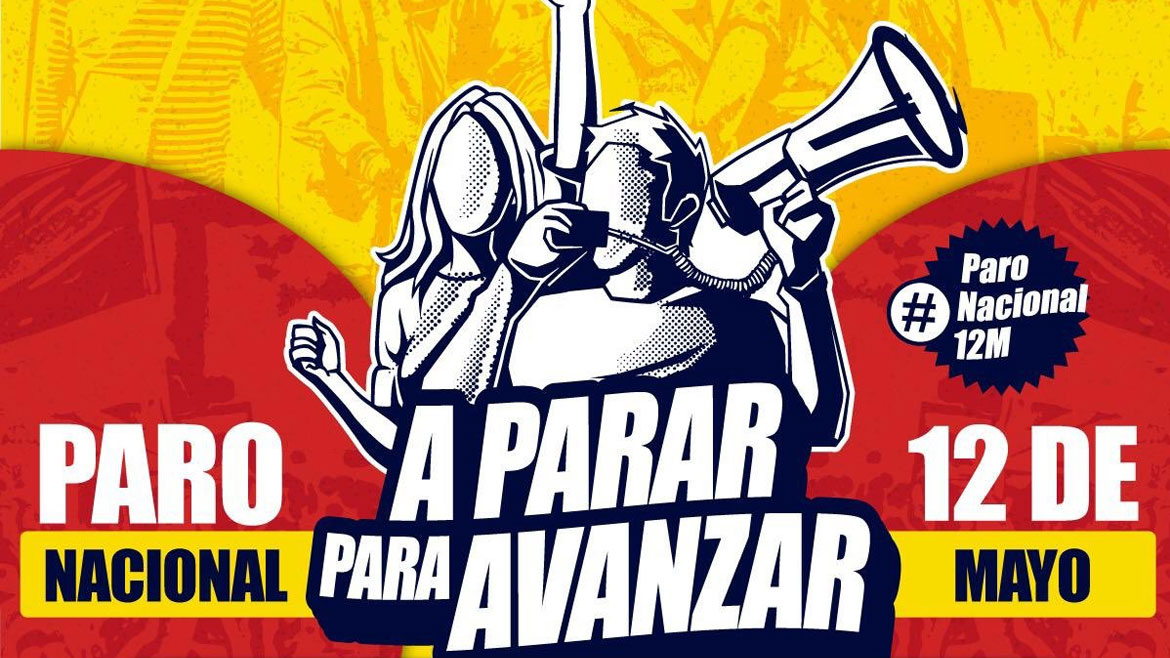 New strike day in Colombia on Wednesday after fruitless talks

Social organizations called for a new national strike in Colombia for Wednesday after fruitless talks with President Ivan Duque on Monday.

The meeting between Duque and the National Strike Committee was the first since the first strike organized by the collective of social organizations triggered the largest anti-government organizations in 2019.

Protests have been swelling despite or perhaps because of extraordinary police brutality since the organizations called for a new strike on April 28.

The first conversation between the president and the social organizations was accompanies by representatives of the United Nations and the Catholic Church.

According to labor union leader Francisco Maltes, one of strike organizers, the talks were fruitless because Duque “doesn’t understand what is going on.”

The president allegedly refused to even acknowledge the deaths of at least 39 protesters as a result of Defense Minister Diego Molano’s attempts to repress the protests with extraordinary violence and terrorism.

This lack of commitment leaves us no other way but to continue with the national strike, we are going to strengthen the strike with many mobilizations on Wednesday, May 12.

The president didn’t make a public statement after meeting with the National Strike Committee, but on Tuesday did publicly express his remorse over the death of social leader Lucas Villa, who died on Monday after being shot eight times during protests in the city of Pereira last week.

The Tweet was the first in which Duque acknowledged the death of the protester, which is likely to further swell protests and enrage government opponents who have been confronted by extreme police brutality.

Duque’s alleged mental handicap to understand or accept reality has become characteristic of the president who has consistently denied reality in Colombia since taking office in 2018.

This constant negation of reality has fueled protests against the increasingly tyrannical president since 2019 and has earned him the honor of being widely considered “the worst president in history.”

The National Strike Committee urged the need to protest peacefully on Wednesday as both authorities and strike organizers are having increasing trouble maintaining order and preventing violence.