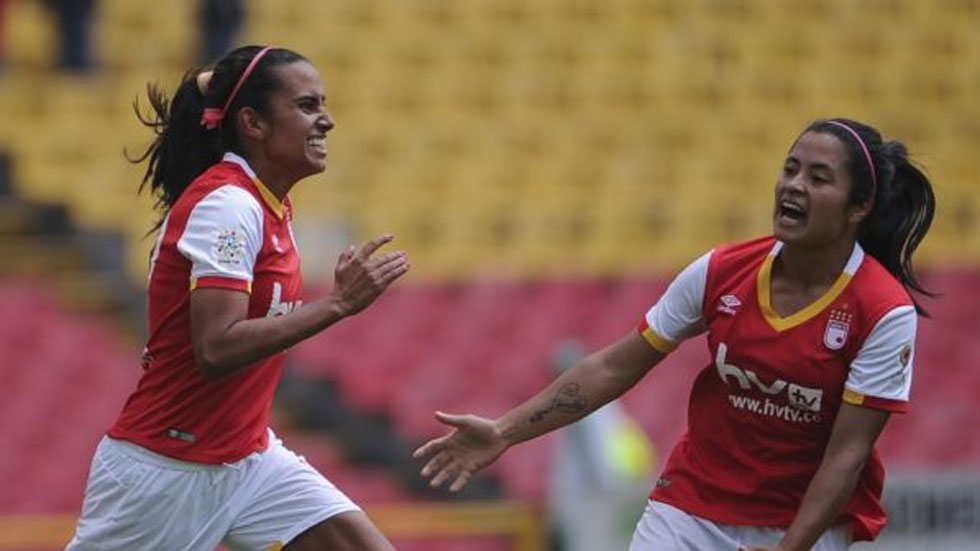 Colombian soccer began a new era over the past weekend with the inauguration of a long-awaited professional women’s league.

The league was set up by FIFA’s Forward Program through which football’s world governing body will provide economic and structural support for the new venture.

Conmebol and Dimayor, which runs Colombia’s professional competitions, will also back the new competition which will see 18 teams compete.

“This is reward for the work put in by the players and all the people who have been supporting women’s football in Colombia for so many years now,” said Colombia international Daniela Montoya to FIFA.com.

The 18 teams taking part in the newly founded “Liga Femenina Aguila” will be divided into three round-robin groups of six, with teams in each section playing each other home and away uo to May 7.

The top two from each group and the two best third-placed sides will then go through to the quarter-finals, to be played over two legs.

Following the semi-finals, the grand final will be played in June and will crown Colombia’s first domestic champions.

The winners will then go forward to represent the country in the next Women’s Copa Libertadores.

They will also take on Spain’s national champions home and away, thanks to a deal signed with the Liga Iberdrola Femenina.

Colombia’s new league teams can field a maximum of eight foreigners, with players from Venezuela, Paraguay, Costa Rica, Panama and Trinidad and Tobago having signed for clubs across the country.

The formation of the new league will lead to greater opportunities for aspiring players in Colombia and have a positive knock on effect on the national team, “Las Superpoderosas” or “Powerpuff Girls” as they are known.

“The national championship will help raise the standard of the national team,” said international Yoreli Rincon, who plays for Patriotas Boyaca.

“We used to train every six months or every year even, and now we’ll be training twice a day every day, and playing every eight days. We’re all going to become better players and the national team will keep getting better too, because there are a lot more girls out there who want to have that opportunity and who’ll see that they’re going to get noticed now,” she added.