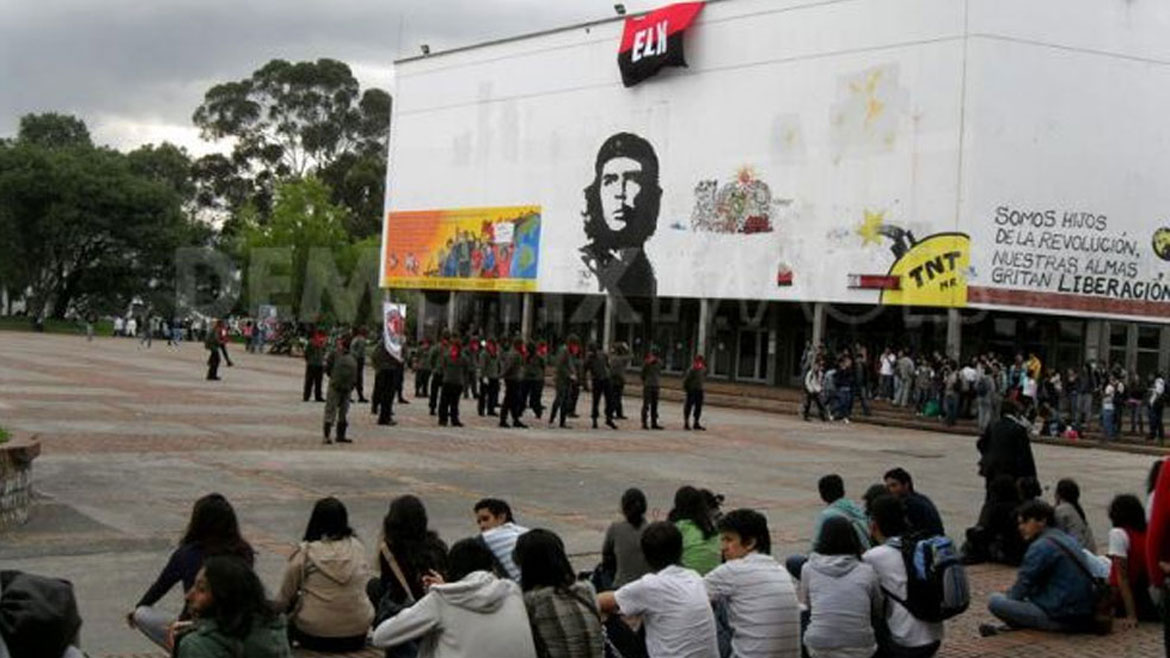 The National Urban War Front is the ELN’s urban terrorist network with cells in most of Colombia’s larger cities that has been recruiting radicalized students for years.

The network’s exact structure and size are unclear; also the ELN has been very secretive about its vulnerable network of urban cells.

Urban guerrillas of the ELN have primarily been active in Bogota where they have been accused of multiple bomb attacks.

The network is also active in smaller cities like Medellin and Barranquilla.

Most of the cells are highly active in public universities where they try to recruit radicalized students.

The cells generally consist of only a handful of members who specialize in bomb-making.

In the second half of the 1970s, the step was taken to form regional structures, more urban in character, which helped the ELN mature the dimension of its national organization. These regional processes and structures were articulated to the new organizational process of the War Fronts in 1986.

According to police intelligence, the network is commanded by a man believed to be called Jaime Galvis, a.k.a. “Ariel” or “Lorenzo Alcatruz,” who reportedly is one of the trustees of the ELN’s supreme commander, “Gabino.”

Ariel is one of the ELN’s most mysterious supplement members of the guerrilla group’s Central Command. No photos exist of the alleged guerrilla chief, who is believed to be from the central Santander province.

The Urban War Front’s last prominent attack was carried out on February 19, 2017 when a bomb killed one policemen, and injured 24 officers and two civilians in Bogota.

This attack, two weeks after the formal beginning of the peace talks, almost spurred negotiations. The ELN has said that it will continue attacks until a bilateral ceasefire is agreed.