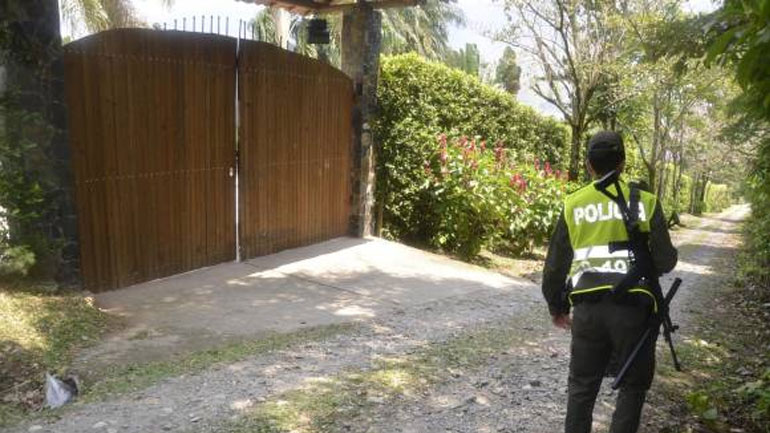 Colombia police on Tuesday seized properties totaling $30 million from the country’s largest drug trafficking organization, “Los Urabeños” in a mayor operation as part of a continued battle to dismantle the neo-paramilitary group.

This brings the total figure of estate discovered and seized from the country’s most powerful drug trafficking organization to $74 million, with 144 properties, through coordinated efforts by the National Police and Prosecutor General’s Office.

Through the operation “Agamemnon” police are working towards the eventual collapse of the neo-paramilitary group that was formed after the demobilization of the right-wing paramilitary umbrella organization AUC between 2003 and 2006.

The 80 properties seized were found in various locations across the northwestern province of Antioquia, including Colombia’s second largest city Medellin and in the coastal port city of Barranquilla, in the northern Atlantic province.

These properties include farms, apartments, parking lots and commercial and automobile establishments purchased with money from drug trafficking operations and other criminal activities, and consequently used to launder billions of dollars into the criminal network.

Three farms were discovered in possession of the gang, two purchased and one reportedly taken by force when the peasants refused to sell according to General Palomino. These properties were registered  under family members of “El Indio.” He is third in command of the Urabeños, and is wanted for extradition to the United States under charges of drugs trafficking into the country.

The farms will be returned to the owners, through the process of land restitution.

A network of taxi’s from one of the seized companies has reportedly been monitoring the activity of the national security forces, as a result foiling several police operations against kingpin Dairo Antonio Usuga, alias “Otoniel,” the network’s leader and one of his top commanders, “Gavilan.”

The use of taxi’s to follow the movements of Colombia’s police was a tactic also used by Pablo Escobar and leaders of the Cali cartel.

The now demobilized 33 vehicles were used to follow national security, in particular monitoring Carepa airport in the province of Antioquia, keeping track of officials entering and leaving the Armed Forces aircrafts.

In June the US indited 17 leaders of “Clan Usuga” for exporting 73 tonnes of cocaine into the US since 2002, most of these individuals are still at large within the organization now estimated to consist of 2,000 members. They furthermore offered a $5 million reward for information leading to the capture of ‘Otoniel’.

US indicts alleged leadership of Colombia’s most powerful drug gang, the ‘Urabeños’

Over the past five years police have captured 6,700 members of the criminal organization responsible for drug trafficking, extortion, illegal mining, forced disappearances and murder largely in Colombia, but discovered in countries throughout South America.

Most recently this month the group, which has control over the majority of drug trafficking in the Carribean and Pacific coast of Colombia, had three metric tons of drugs seized in the northwest region of Uraba, the region in which they intiated operations and derived the name “Urabeños” from.