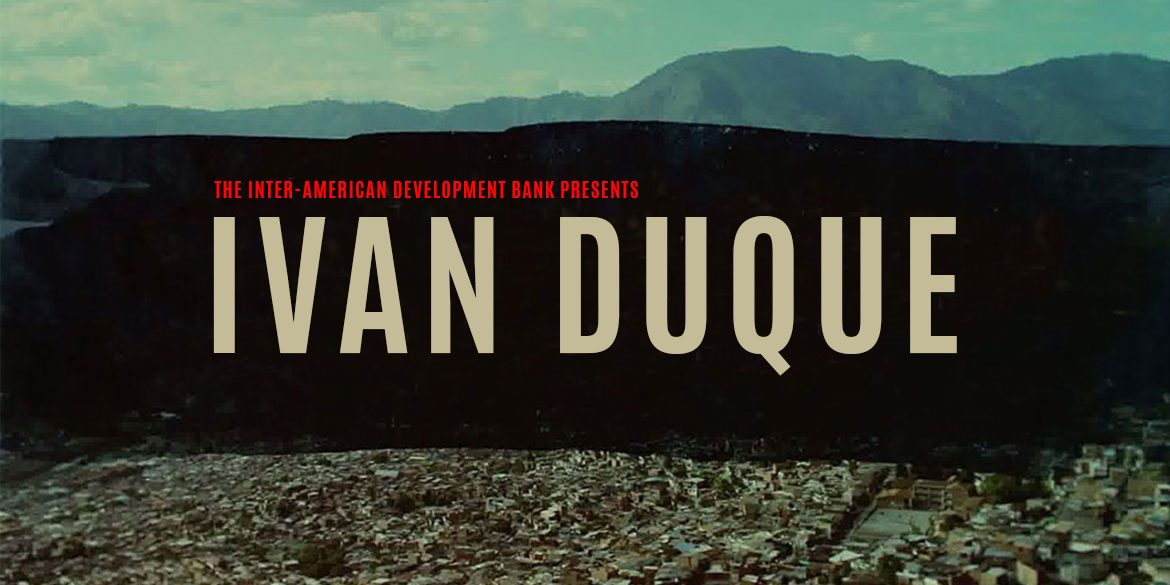 Hardly anyone knows what “orange economy” means, it’s jargon invented by Duque’s former employer and the title of his book that nobody read.

But everybody in Colombia knows Narcos and a lot of people hate it; they feel the series reinforces their country’s decades-old image as a gangsters paradise.

The “orange economy” is the term dubbed by the Inter-American Development Bank (IADB) to describe the creative industry, like the production of films, animations, games, etc.

A savvy politician would have used “Nemo” as a perfect example of an orange economy production, but not Duque. He used Narcos at a conference for creative industry producers.

For example, we came across something that had an impact on me; they told me: ‘look, a season of the series ‘Narcos’ — whether you like the series or not, that is not the discussion — managed to book 14,000 hotel nights’. That’s only one season. And they told me: ‘We are looking for make-up artists for film and television, with the current standards they are paid 5,000 dollars a week, and we don’t them in Colombia’.”

The Narcos discussion Duque said he had made him have a eureka moment “and I told the government team: “We need to do something quick so Colombia continues to position itself.”

Colombia has increasingly been attracting foreign film producers because of an economic strategy of his predecessor, former President Juan Manuel Santos, that offers incentives to foreign film producers in order to create high-paid job opportunities in what Duque calls “the Orange Economy” and others call the creative industry.

This led Duque to another eureka moment, he said.

“You know what? We should try extend the benefits we already offer the film industry to the entire audiovisual chain,” Duque told the conference.