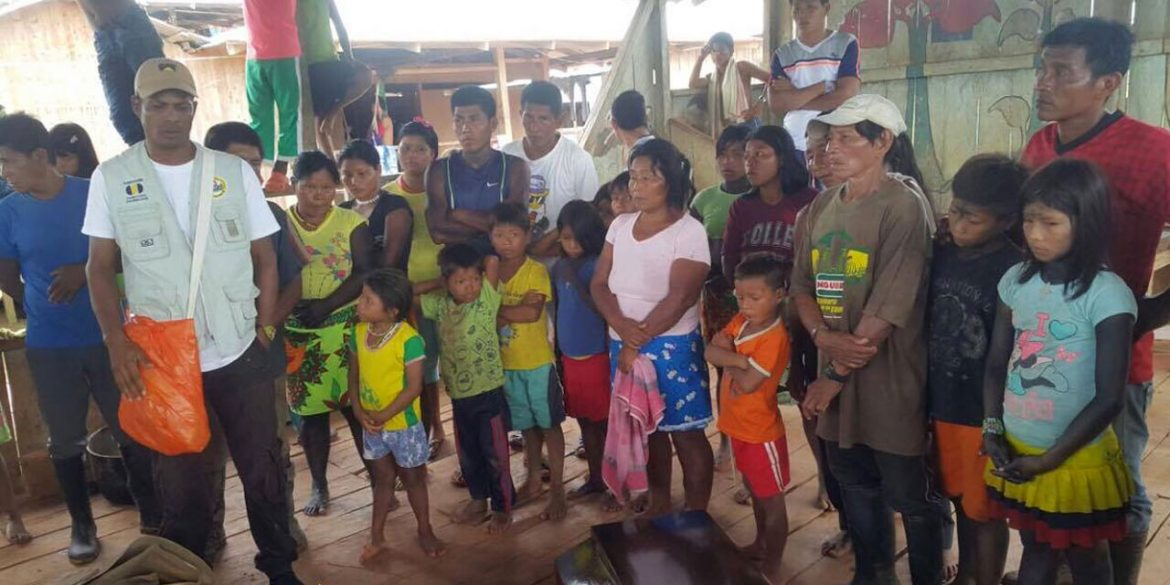 The Baudo river is mainly inhabited by members of the Wounaan nation. (Image: ONIC)
News

A mysterious illness is ravaging indigenous communities in western Colombia where 10 children have died so far this year, local media reported Wednesday.

Regional authorities sent physicians and bacteriologists to the Baudo river in the Choco province to confirm suspicions that contaminated water is killing the children.

At least 180 other minors have fallen ill because of the mystery illness in the river communities with approximately 1,500 inhabitants, according to Red Mas Noticias.

Bajo Bauco Mayor Hermenegildo Gonzalez told radio station La FM that the indigenous communities along the river have no access to drinking water, often suffer food shortages and have no access to healthcare, which is complicating what exactly is causing the recent spike in child deaths.

“The issue of water consumption is one of the major risk factors as well as food management and the handling of waste,” Choco health secretary Carlos Murillo told television network RCN.

According to the mayor, the physicians and bacteriologists will need at least until the end of the week to have access to medical facilities that will allow them to establish what is causing the deaths.

The Choco province is Colombia’s poorest province with a poverty rate exceeding 60% and a child mortality rate of 65 per 1,000 children, according to national statistics agency DANE.

The dumping of mercury used in Illegal mining and waste products that come from the production of cocaine aggravates the health situation, especially among children.

Ongoing guerrilla and paramilitary activity in the province complicates efforts to combat chronic state abandonment in the Pacific province and provide basic public services to often isolated communities like those living along the Baudo river.