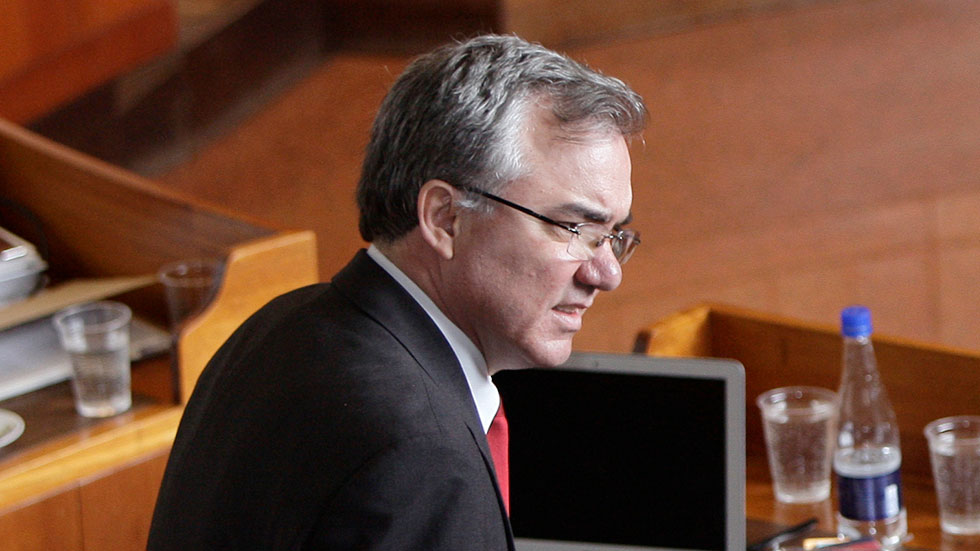 Minister did NOT admit to bribing Congress: transitional justice chief

Colombia’s former health minister did not admit to bribing congress in his application to be judged by a war crimes tribunal, the executive secretary of the transitional said Wednesday.

The executive secretary of the Special Jurisdiction for Peace, Nestor Raul Correa, responded to news reports that came out earlier Wednesday in which was claimed former Health Minister Diego Palacio had admitted to the bribery for which he is currently serving a prison sentence of six years and eight months in prison.

According to weekly Semana, Correa said media had “misinterpreted” Palacio’s request to be allowed into the justice system that is being put in place after a peace deal with Marxist FARC rebels.

Former hard-line President Alvaro Uribe, whose 2006 reelection was due to the bribed vote, also corrected the reports, referring to the transitional justice system as “terrorist justice.”

The former president showed parts of Palacio’s letter, indicating clearly that the former minister did not confess to any wrongdoings.

“My behavior was always circumscribed by the law, and as a member of government I was convinced about and committed to the Democratic Security policy as I was certain that this was the way to with the scourge of violence,” the fragment of the letter shown by Uribe said.

Palacio and former Interior Minister Sabas Pretelt are currently in prison for bribing at least two congressmen in 2004 to vote in favor of a constitutional amendment that would allow presidents to be reelected.

The purpose of the bribe was to allow the 2006 reelection bid of Uribe who won the election in a landslide.

Palacio has admitted to bribing Medina in exchange for her key vote to change the Constitution and allow Uribe’s reelection bid.

According to Medina, the mastermind behind the bribery was the former president, not any of his convicted aides.

Uribe has continued to deny these allegations.

Medina had already been sentenced in 2008 for accepting the bribe she revealed in the media after the Uribe administration failed to deliver on the notary offices it had promised in exchange for her vote.

The former minister has asked to be included in a war crimes tribunal, claiming that the Uribe administration deemed the president’s reelection necessary to continue its war against Marxist FARC rebels.

Correa confirmed on Tuesday that a judge will examine Palacio’s request to be included in the transitional justice system.