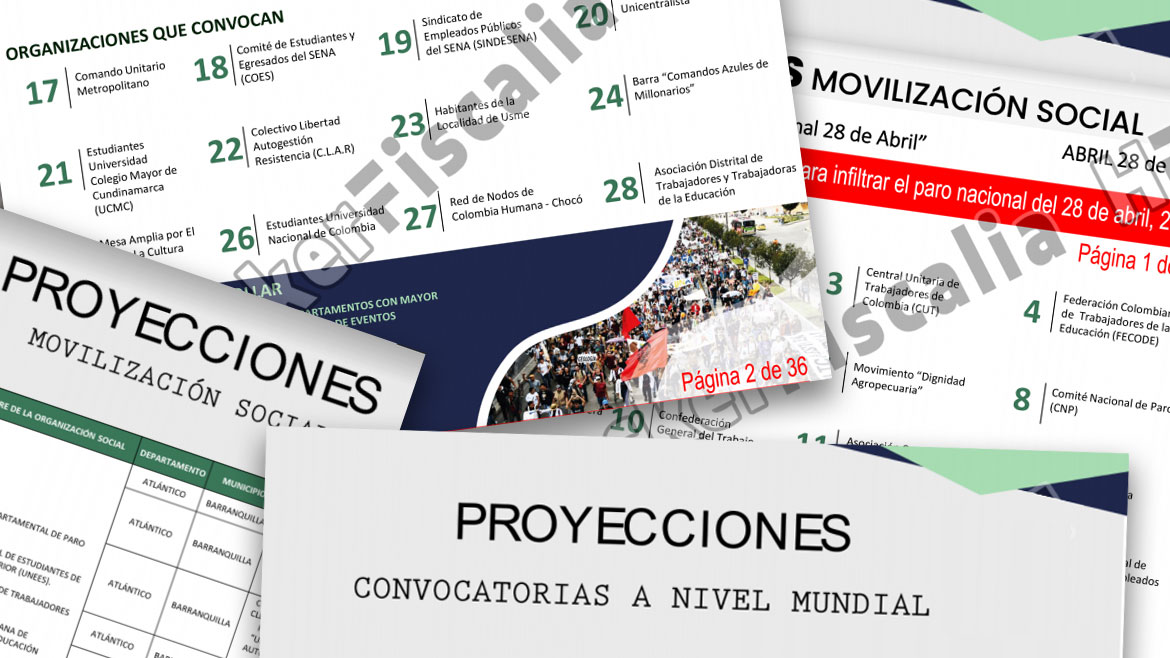 Military intelligence spied on protest organizers in Colombia, US and Europe

The alleged military intelligence documents identified 28 organizations that would be organizing 233 protests in opposition of Duque’s controversial tax reform proposals on Wednesday.

National Army divisions were apparently informed about the protests preparations and the involved organizations within their jurisdiction.

The military allegedly also carried out intelligence operations in the United States, Canada and Europe where they said another seven protests were being organized.

Colombian activists from Germany and the Netherlands confirmed they were planning protests in the cities in the alleged military intelligence report.

No protest was planned in the Dutch city of The Hague, but “they called me to ask about it insistently,” a Colombian activist living in the Netherlands told Colombia Reports. 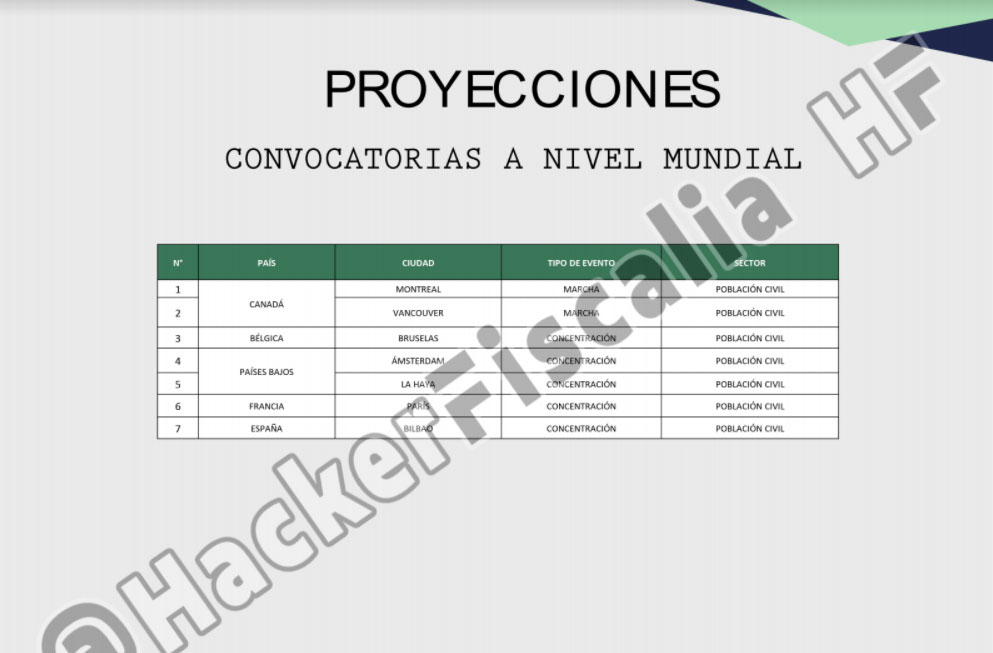 The military paid extra attention to ethnic minorities, particularly in the southwestern Cauca province where native Colombians have suffered most from drug violence.

The alleged intelligence report projected where indigenous gatherings would be held in Cauca and which “indigenous communities could protest in the rest of the country.” 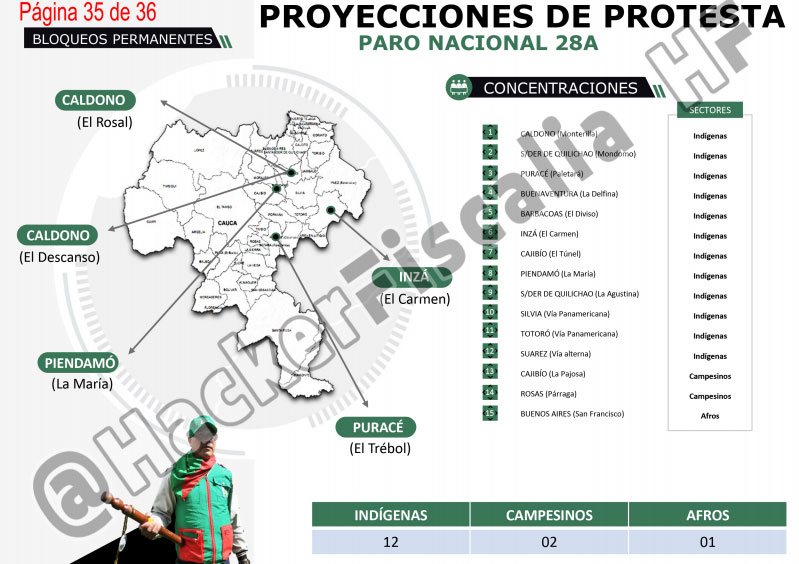 The use of military resources against civilians is illegal as these resources may only be used against objectives considered a threat to national security, not to benefit the political agenda of the government.

Former National Army commander General Nicasio Martinez was forced to resign in late 2019 after the military was spying on civilians, including foreign journalists, which apparently didn’t stop the military.

The intelligence reports leaked to Hacker Fiscalia indicate the military was again involved in a strategy to counter Wednesday’s anti-government protests.

Witness testimonies from both the Netherlands and Germany indicated that apparent spies have been trying to infiltrate social organizations dedicated to human rights in Colombia.