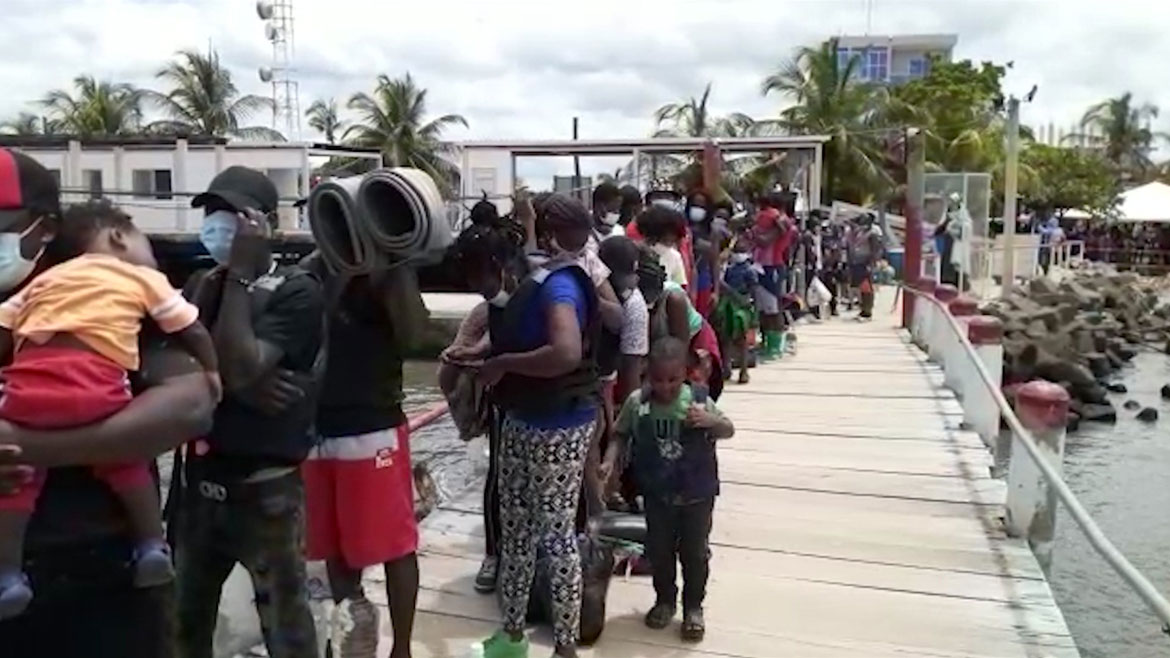 Months after Colombia’s government called for help in a migration crisis on the border with Panama, the estimated number of stuck migrants has more than doubled to 20,000.

Colombia’s migration agency in July called for international support to deal with an unfolding migration crisis in Necocli, a small coastal town in northwestern Colombia near the border.

Call for help not loud enough?

The call for help failed to prevent that the number of people waiting to make the dangerous journey through the Darien Gap to Panama doubled in just three months.

The surge is largely due to a humanitarian crisis in Haiti, the Caribbean island from where thousands have fled so far this year.

Statistics provided by Panamanian authorities indicate that some of the Haitians travels as far south as Brazil and Chile before traveling to Colombia.

Origin of “irregular” migrants traveling from Colombia to Panama (2021)

Statistics from both Colombian and Panamanian migration agencies indicate that the Haitian migrants are using the Pan-American Highway that has long been used by Cuban migrants.

This highway allows migrants to travel from Chile and Peru to Necocli via Colombia’s second largest city Medellin.

From Necocli, the migrants travel by boat to the jungles on the Panamanian border or to the Caribbean coast of Colombia’s neighbor to the north.

Necocli has historically been a bottleneck in migration from South America because the Pan-American Highway is interrupted on the border between Panama and Colombia.

The only way to cross the border is to cross the Gulf of Uraba by boat and following the “Route of Death” through the lawless jungles and swamps of the Darien Gap on foot.

The growing crisis in Necocli is due to the fact that the recent exodus from Haiti has overwhelmed the human traffickers, a.k.a. “coyotes,” who historically control illegal migration from Colombia to Panama.

Migration authorities from Panama and Colombia agreed to facilitate the regulated border crossing of some 650 people a day earlier this month.

Some 180 and 200 people a day would be traveling from Necocli to Medellin after apparently giving up to cross the border for now, migration sources told regional newspaper El Colombiano.

Notwithstanding, national migration authorities told newspaper El Tiempo that the number of migrants stuck in Necocli continued to grow and would reach 22,000 this weekend.

The “Route of Death”

The bilateral attempt to regulate migration has prevented mass drownings in the Gulf of Uraba, but has failed to prevent people dying on the “Route of Death” through the Darien Gap.

Panama’s prosecution said on Friday that the bodies of eight adults and two children were found in the jungle near the Colombian border.

The bodies of 41 people have been found along the “Route of Death” so far this year, according to Panamanian authorities.

On the Colombian side of the border, authorities are increasingly desperate about the growing humanitarian crisis in Necocli and Medellin.