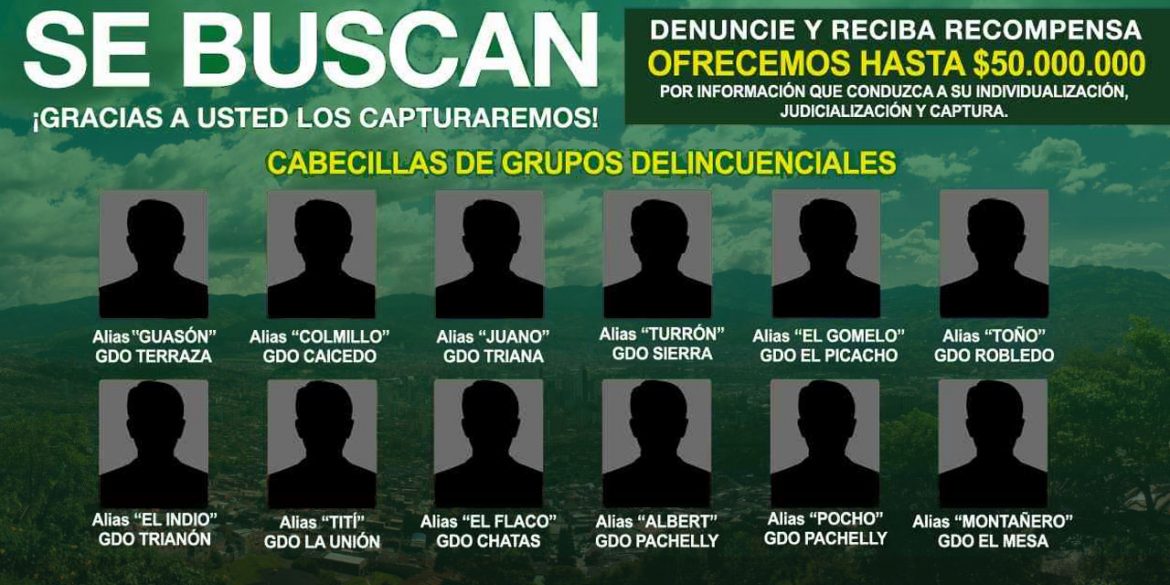 Medellin’s hard-line approach to crime seems to be failing as the city helplessly watches its murder rate skyrocket, experts have warned.

Since Mayor Federico Gutierrez took office in 2016, the city’s homicide rate has increased by over 27% after reaching an all-time low in 2015.

The violence has particularly spiked in the west of the city, mostly in the troubled La America, Altavista, Robledo and San Javier districts where gangs aligned to paramilitary group AGC have been fighting gangs loyal to local crime syndicate “Oficina de Envigado.”

But homicides have also been increasing in the wealthy and touristy neighborhoods of Laureles and El Poblado, and are seemingly out of control in Bello, the municipality bordering Medellin in the north.

The city’s homicide rate is not the only crime indicator that is showing a deterioration in security. Street robberies, which affect more of the city’s residents than homicides, have been increasing for years.

Why Medellin is losing the war on violence

Experts have said that apart from the tensions between the AGC and La Oficina, the arrest of more than 130 gang leaders of the local crime syndicate hailed by the mayor in his ongoing claims of success has spurred internal battles leading to bloodshed over strategic territories and profitable businesses in the city’s informal and criminal economy.

The mayor’s tough security policy has also been blasted for removing funds for social programs that would create jobs, effectively reducing opportunities for the city’s youth in the city’s formal economy.

Fernando Quijano, security analyst and the director of the Corporation for Peace and Development (Corpades) think tank, told Colombia Reports that Gutierrez holds a “rigid position” in terms of combating crime and hasn’t promoted the social changes Medellin needs.

“We have been saying that the mayor of Medellin has faced the problems that Medellin lives with such as violence and criminality, but we believe that he has made a mistake by not rethinking the security strategy, by not redirecting it or changing it but by keeping it rigid, static and by not listening to the social organizations of human rights and the social sectors,” he said.

The mayor only listens to what the police and prosecutors tell him.

This is confirmed by Medellin’s community leaders, who have claimed the city is undergoing a unattended humanitarian crisis.

Even La Oficina itself agrees with crime experts and social leaders and has called for basic public services like healthcare, education and job programs that would allow the organization’s eventual demobilization.

Medellin’s approximately 240 gangs, most of which are aligned to La Oficina, are estimated to have 5,000 members and often recruit teenagers from poor neighborhoods where job opportunities are scarce.

According to local statistics agency Medellin Como Vamos, more than 157,000 young people were neither working nor studying in 2017. Some 60,000 are at risk of being recruited by these gangs, the city’s security secretary said last year.

“I believe we need to intervene in certain territories with plans for employment opportunity proposals for young people, and other ways of encouraging local initiatives of alternative economies in the neighborhoods of the city,” said Marcela Vergara, Associate Professor at the University of the Pontificia Bolivariana’s school of social sciences.

“There is a lack of motivation to promote a clearer public policy which helps young people have more opportunities to study.

“There is also lack of clear policy on good job opportunities. When armed groups have control of territories where they can make money, and there aren’t opportunities for the youth, the youth will join such groups.”

Medellin, often hailed as Colombia’s city of transformation, seems to have lost its ability to progress under Gutierrez.

So far this year, 255 people have been murdered in the city — 19% more than in the same period last year.