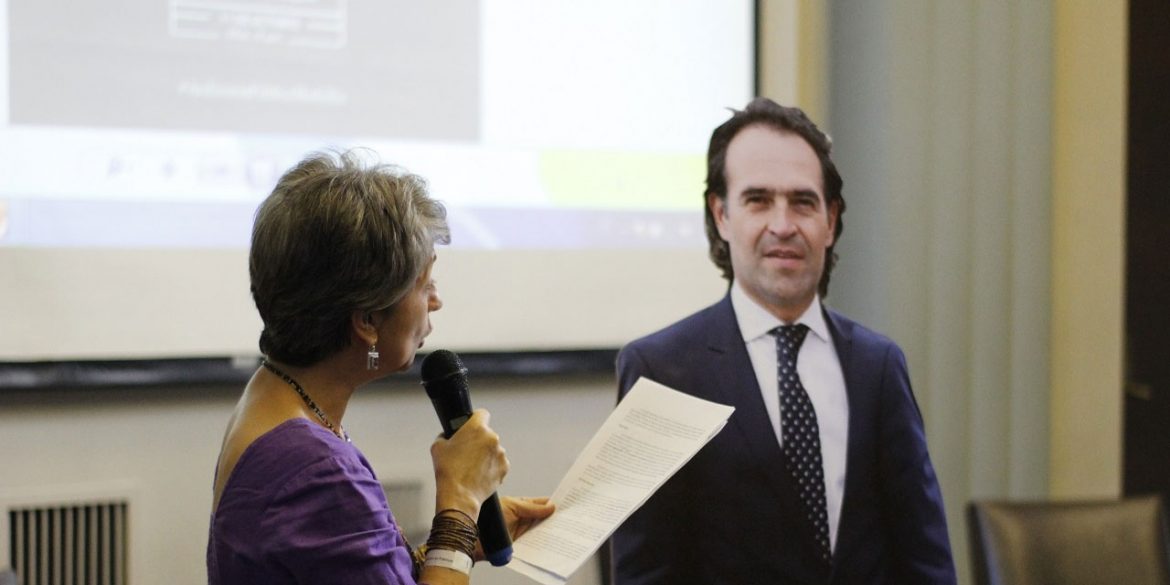 Social organizations from Medellin wanted to tell their mayor that a recent spike in violence is a sign of an unfolding humanitarian crisis, but were left talking to a cardboard cutout.

The organizations had invited Mayor Federico Gutierrez to talk about the increase in violence and influence of organized crime, but without response.

Where did the mayor go?

Gutierrez has barely appeared in public for more than a week; his administration is inching towards a financial crisis caused by municipal energy company EPM.

The mayor has insisted that his administration’s development policies — that included appointing the former director of pollster Gallup Colombia as director of EPM — are a success.

Foreign investment last year in Medellin was around $372 million, a goal we will surely reach this year.

But according to the city’s social organization, the city’s development plan is failing on all sides and is spurring violence and crime, mainly in the poor neighborhoods where municipal authorities have traditionally been absent.

From fiction to reality

At the “From Fiction to Reality” forum that was held last week, the citizen groups told the mayor’s cardboard cutout that insecurity and human rights violations have increased since Gutierrez took office.

Medellin is experiencing a humanitarian crisis that is evident in the increase in homicides, femicides, forced displacement and high rates of extortion in the neighborhoods. All of this reflects the difficulty that this administration has had with creating comprehensive policies and a dialogue with citizens.

The social organizations presented a damning report card, showing that Gutierrez vowed to continue lowering the city’s homicide rate to 15 homicides per 100,000 inhabitants, but that Medellin’s homicide rate in fact has increased from 21.4 in 2016 in 2016 to 25.99 so far this year.

Armed robberies have gone up a staggering 71% since the mayor took office in 2016.

According to the community leaders, the mayor’s decision to lower or even end municipal financing of programs “for the attention of victims of the armed conflict and urban violence, as well as funds for the prevention and protection of the rights of women and children” “demonstrates the lack of coherence of the supposedly ‘integral’ policy based on human development as proposed by the administration.”

We demand that the mayor express his position on peace and peace-building in the city; since, so far, it is not clear in what dependence this responsibility on the issue falls and what the budget allocation is that could allow to consolidate actions in this regard.

The mayor did not respond to the social organizations’ questions and demands.