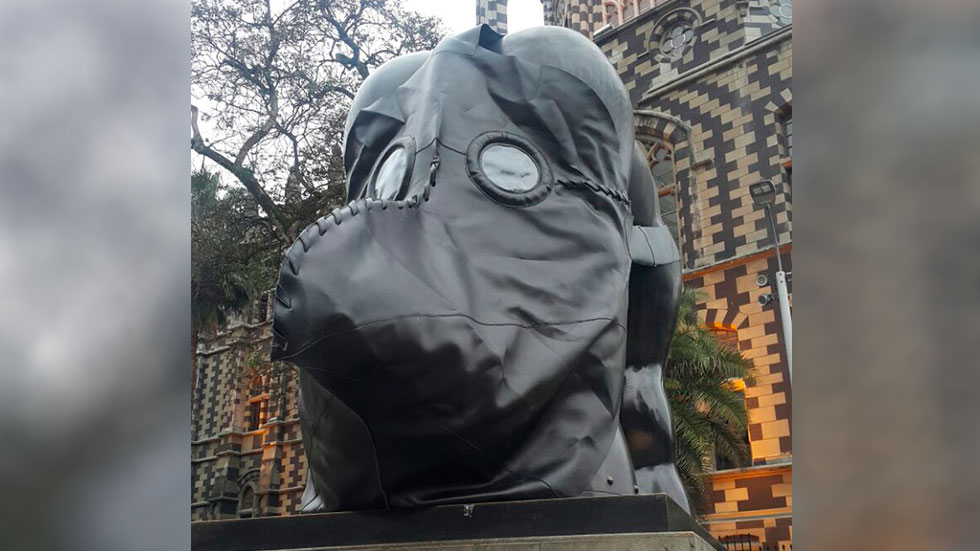 The air quality in Medellin deteriorated to the point that the city government was forced to declare a red alert, forcibly reduce traffic and ban sporting activities for children.

The alert level was lowered on Monday, but on Wednesday morning, nevertheless, a group called the Medellin Air Collective had given the statues custom-made gas masks to protect them from breathing the still polluted air. 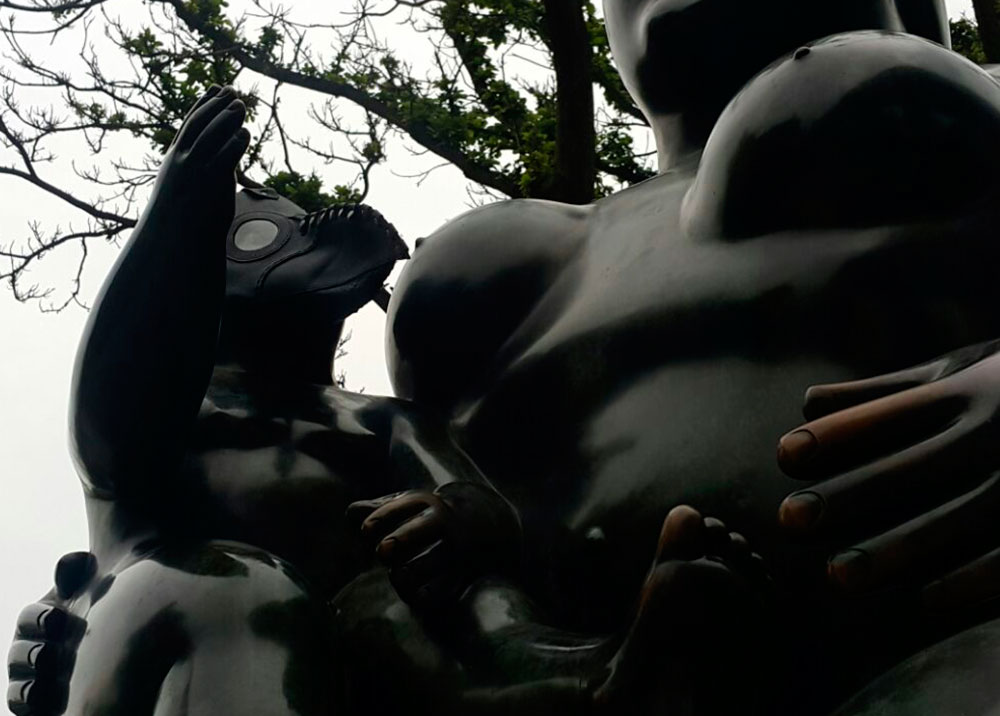 According to local newspaper El Colombiano, the group also handed out free masks at the nearby Parque Berrio metro station in protest over the city’s air quality, or lack thereof.

“People who pass here should know they are passing through one of the most polluted places of the Aburra Valley” in which Medellin is located, the protesters’ spokesperson, Daniel Suarez, told El Colombiano.

According to Suarez, local police accompanied the protesters while they provided gas masks to the emblematic statues.

Botero’s statues have more often been engaged in public protest.

In support of an ongoing peace process in Colombia, residents of the northeastern city of Bucaramanga painted the nails of local Botero statues, much to the dislike of the local authorities.