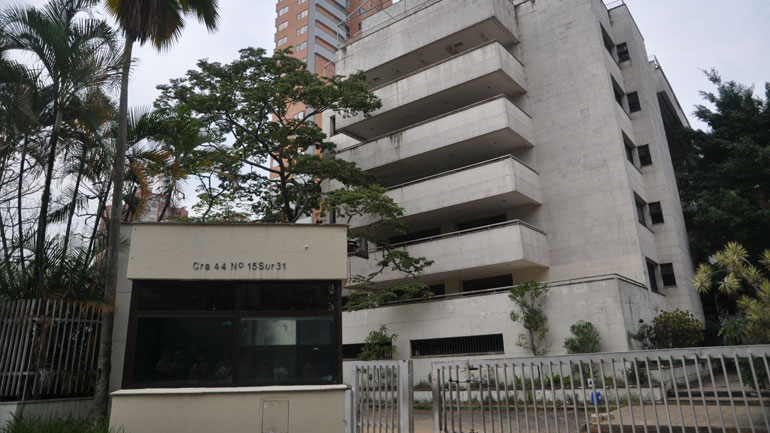 Medellin‘s Security Secretary had its eye on moving his office to the previous home of slain drug lord Pablo Escobar, but local opposition put a halt to his plans.

After the neighbors of the Monaco building reaffirmed their opposition to the plans, the outgoing Security Secretary of Medellin withdrew the project to move its offices and operations to the historic building, situated in the affluent Poblado neighborhood.

The president of the residents corporation Corpoblado, Elisa Sanchez Rojas, welcomed the commitment made by the Mayor of Medellin to install its headquarters in the building, but insisted on a request to meet with the elected mayor Federico Gutierrez to discuss and define the future of the landmark.

“The curator wrote to us yesterday and said that the legal representative of the Police withdrew the license. What we want is to sit down with the new mayor to talk with him; we do not want that building to have the same face, we do not want tourists coming to take the photo, we want a simple residency,” Mrs. Sanchez Rojas said in an interview with Caracol Radio.

Corpoblado revealed that the purpose of the efforts in this regard is to build in its place a residential building, or otherwise they will install legal actions to prevent the property from becoming a state agency office.

The Monaco building is remembered in the country and the world as having been the target of a terrorist attack with a car bomb, apparently committed by members of the rival Cali Cartel on January 13, 1988.

The attack killed three people and left ten injured, along with damage to the building and neighboring houses in a four blocks radius. Later the building became a symbol of terrorism and drug trafficking in the life of the head of the so-called Medellin Cartel.