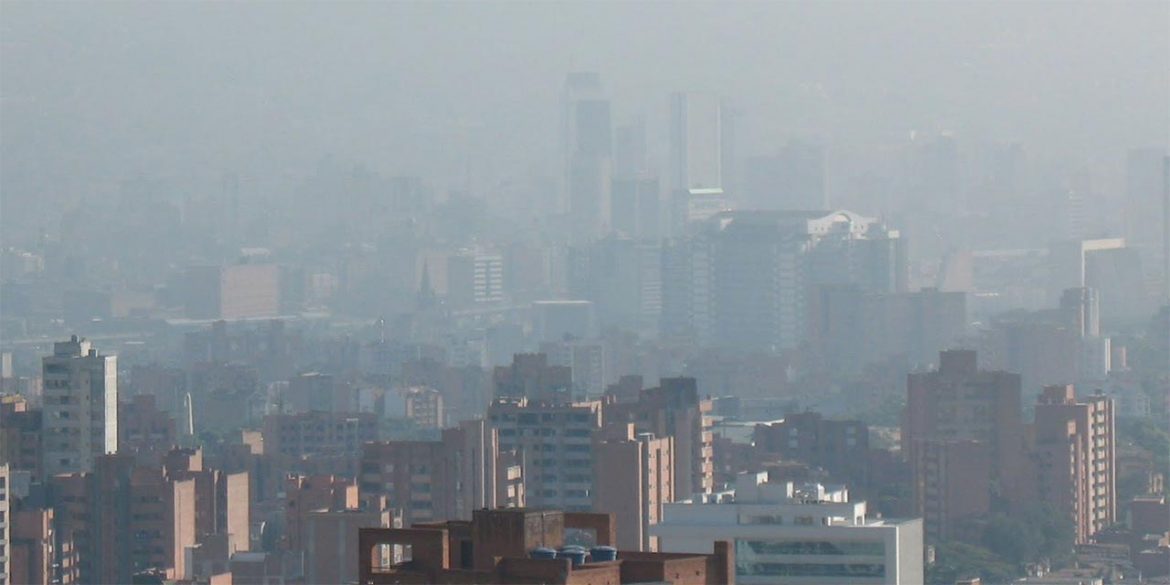 Medellin authorities have declared a red alert over the city’s air quality that has become a health hazard for the 3 million inhabitants of Colombia’s second largest city.

The director of the Metropolitan Area of the Valle of Aburra, a joint initiative of municipalities that form Medellin’s urban conglomerate, told media that the city’s air pollution has reached critical levels.

“This is the first time in history this critical condition present itself in all the areas we monitor,” said Metropolitan Area director Eugenio Prieto.

The air quality in Medellin has been a problem ever since the popularization of cars. Because the city lies in a valley, exhaust fumes are not blown away, but accumulate in the valley.

However, due to extreme heat and drought caused by weather phenomenon El Niño prevents polluted air to be blown away, but pushes contaminated air down into the valley, posing a risk to the health of the paisas, as the locals are called.

Additionally, a large number of public road an water supply works carried out are causing traffic jams that force motorized commuters to spend longer time in traffic longer than usual.

To make matters worse, forest fires caused by El Niño across Colombia and even sand particles originating from the African Sahara are affecting the city’s air quality.

This has resulted in contamination levels that are more than double the norm.

According to Prieto, the situation is worst in the lower parts of the city and called on car owners to use public transport and on local industry to lower the exhaust of contaminated air.

The local authorities believe that until April, when more rain is expected, the red alert will remain.

In the meantime, locals are advised not to carry out outdoor physical exercise between 6AM and 10AM, the hours during which morning traffic jams aggravate the already alarming pollution levels.