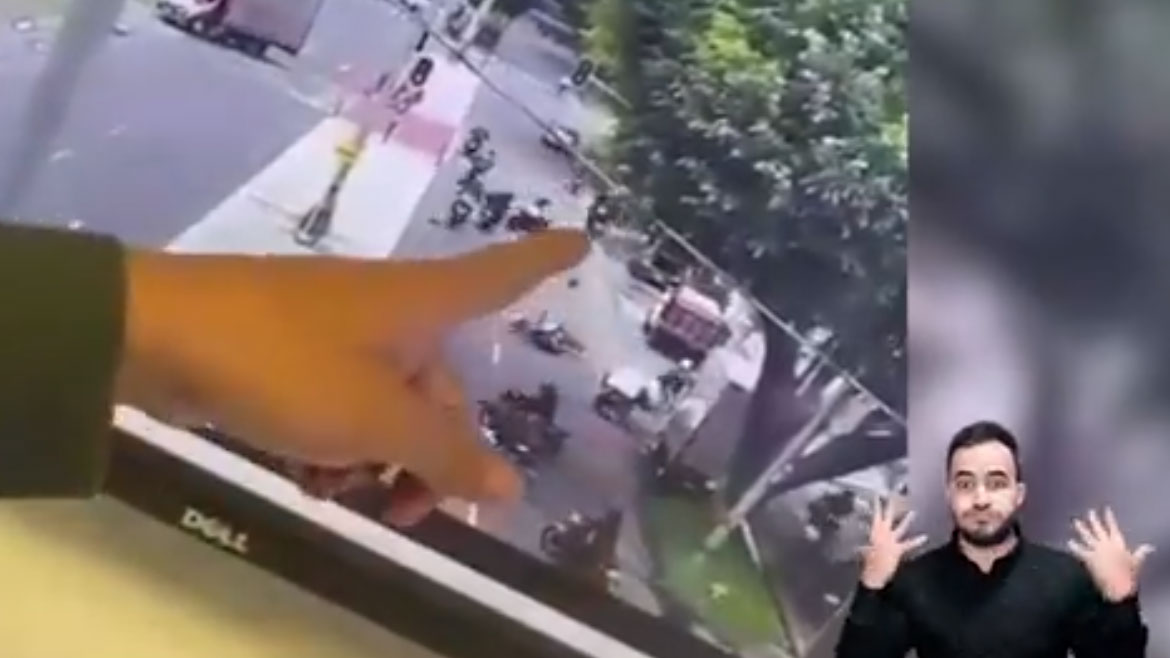 Police in Medellin accidentally thwarted what could have been Colombia’s heist of the century on Thursday.

Medellin Mayor Daniel Quintero said that 11 suspects were arrested after the attempted robbery of gold from a foundry in the Manila neighborhood in the south of the city.

Two policemen and one of the alleged assailants were injured in the failed heist.

The robbery began inconspicuously little before when three men dressed as police began diverting traffic from the Las Vegas Avenue where the gold foundry was located.

Once the block was cleared, some 30 heavily armed men arrived on motorbikes and a dump truck broke through the front gate and the metal door of the factory.

While some of the armed men took the security guard hostage, others tried to enter a second door trough which panicked workers tried to escape the factory.

According to newspaper El Colombiano, the attempt to get to the factory’s gold safe went according to plan until one of the hooded attackers stuck his head to check the situation outside.

Two motor police who were coincidentally doing a routine patrol on the avenue noticed the hooded man and rode past the fake traffic cop to inspect the factory after which hell broke loose. 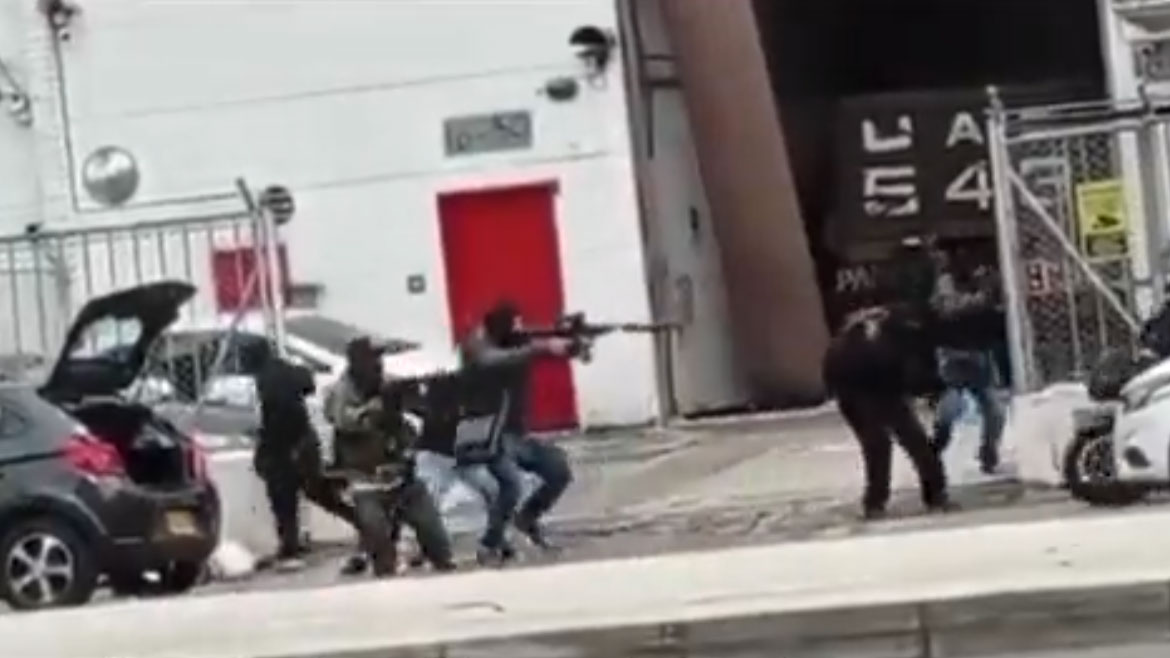 The fake cop and robbers at the entry of the factory opened fire on the approaching policemen who were able to duck for cover and respond fire.

One of the workers took advantage of the situation and pressed the panic button inside the factory, which triggered the mobilization of police from the nearby station.

The panic button also triggered the CCTV cameras of the Metropolitan Police to film the gold foundry and the shootout that was taking place.

The robbers inside the factory called off the heist and escape on foot or with the help of a dozen of accomplices who were waiting outside with motorcycles. 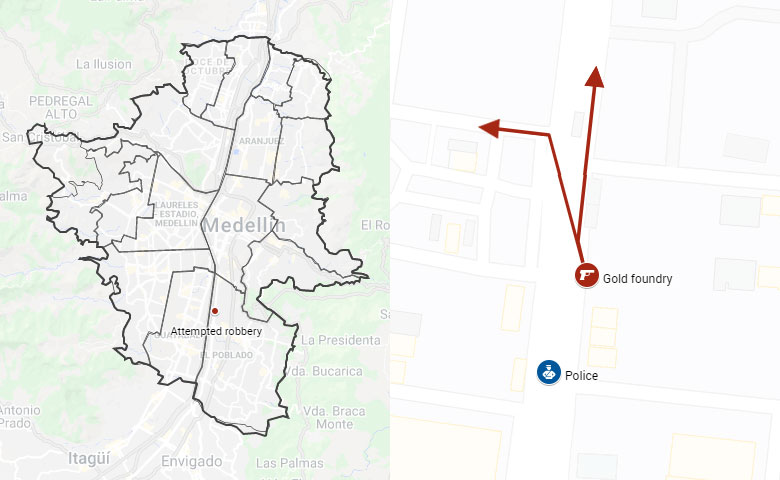 Whereto most of the robbers were able to escape.

Police were able to arrest 11 of the alleged robbers within a block of the attempted heist, according to the commander of Medellin’s Police Department, General Javier Martin.

The robbers who were able to escape “only took some supplies,” said Martin.

The police commander refused to confirm or deny rumors that the robbers had gotten away with three gold bars.

Mayor Daniel Quintero applauded the “best police of Colombia” for “frustrating a robbery” that was allegedly “prepared for months.”

Let this be a message to all criminals who think they can act like on Netflix. Thanks to the city’s technology, we were able to thwart a robbery that could have been one of the most important in many years.

Quintero announced a $2,600 (COP10 million) reward for information that would lead to the arrest of the fugitive robbers and those planning the heist.

Authorities said to also consider the possibility that former employees of the gold foundry were involved in the planning of the heist.