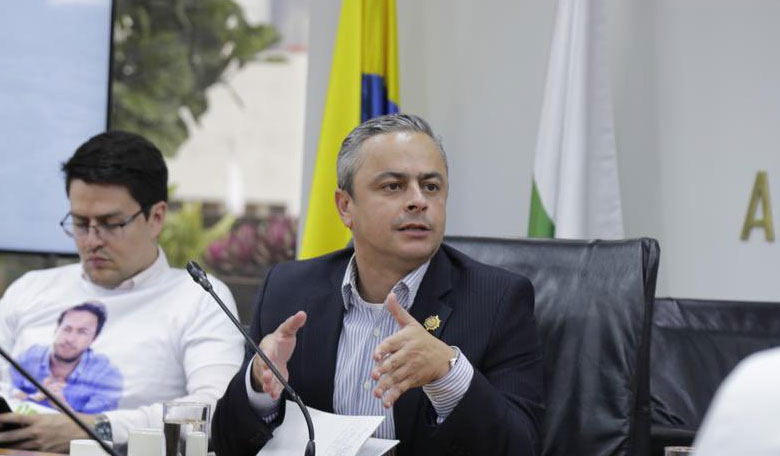 Colombia’s second largest city Medellin has become all but ungovernable after President Ivan Duque appointed an ally as interim mayor.

In a letter, Medellin’s progressive secretaries rejected interim Mayor Juan Camilo Restrepo and accused Duque and his political patron, former President Alvaro Uribe, of trying to “destabilize the institutionality in our city.”

The increasingly authoritarian president replaced Mayor Daniel Quintero on Thursday in an apparent violation of the constitution, which doesn’t allow Duque to pick allies.

In all cases in which it corresponds to the President of the Republic to designate the replacement of the mayor, he shall choose a citizen belonging to the same political party or movement as the incumbent.

Inspector General Margarita Cabello, Duque’s former Justice Minister, suspended Quintero on Wednesday in defiance of the Inter-American Human Rights Court, which bans the suspension of elected officials without the order of a criminal court.

According to Cabello, Quintero allegedly abused his power to influence the presidential elections that will be held on May 29.

The Medellin officials accused the increasingly authoritarian Duque of appointing Restrepo in an attempt to “return [public utilities firm] EPM to the Antioquia Economic Group (GEA),” a regional business cartel.

They want to prevent us from continuing to recover the public resources that corrupt contractors wanted to make citizens pay for.

Here we are and here we will remain… They wanted to recover the hard way what they lost democratically.

Women’s Secretary Ana Maria Valle said on Twitter that “I am not willing to recognize a mayor who was sent here by” Uribe, who is investigated for a flurry of crimes, including crimes against humanity.

Restrepo initially warned Medellin officials that if they “declare themselves in rebellion, they only have two options; resign or me signing their insubsistance.”

After swore they would disobey Restrepo if he sought to change Quintero’s 2019 policy plan, the mayor was forced to tone down.

“What matters most is that, through dialogue, we work for the city together,” the interim mayor tweeted after Friday’s meeting.

Whether this is possible is about as unclear as whether Restrepo’s claim to be Medellin’s mayor is legitimate.

The State Council, Colombia’s highest administrative court, agreed to study whether Quintero’s suspension was legal and whether the interim mayor’s appointment is constitutional.

Until this is formally clarified, Medellin’s government will likely remain virtually ungovernable.