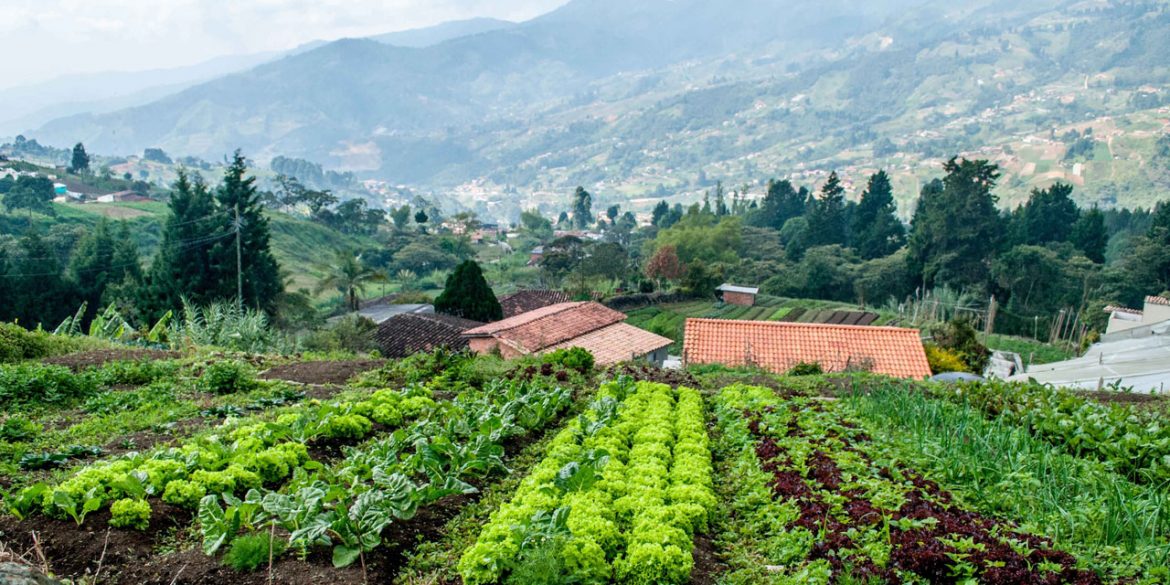 Farmers from the mountains that surround Medellin are taking part in an online “buy local” initiative after a lockdown to prevent the spread of the coronavirus in Colombia abruptly ended food markets.

For decades, the farmers walked their carts down the mountain every week and sold their produce on urban street markets as part of the so-called “Campesino Markets” program.

Medellin may be known as a city of 2.5 million, but 70% of its territory is rural and inhabited by farmers who saw their decades-old business end when the country went into quarantine on March 25.

“When that virus thing happened, we didn’t know how to sustain ourselves because those markets were our only income,” farmer Alejandra Bedoya told EFE.

Bedoya, whose family grows lemons, avocados, yuca and cherry tomatoes, among other things, got in touch with her neighbors through Whatsapp to see how to solve this problem.

With many in the city confined to their homes, the solution was to deliver the produce to a meeting place every Thursday, create food baskets that fulfilled the urbanites’ weekly needs, and drive them into the cities.

On the side of the road, the farmers filled the food baskets and loaded them onto trucks’ that some of the neighbors had and the families began their own home delivery service.

Initially the farmers proved food to friends and family that lived in the city, but others soon joined the network and the initiative got the attention from the city hall.

Last Saturday we delivered 70 food baskets. We made ourselves visible; we went from being forgotten farmers to supported farmers because before people preferred to shop in the big supermarkets.

Because the average age of the farmers is 58, the city hall helped build a website and began promoting the Buy Local initiative in the city.

Sales went up to 120 food baskets on the day the website was launched, according to Medellin’s Economic Development Secretary, Paola Vargas.

Three days after launch, the farmers who were taking part had sold 8.2 metric tons of food, including to local restaurants doing home delivery.

Three weeks after its launch, the website now also sells pandemic-friendly disinfection and health kits and “has become a vital tool to be able to sustain enterprises and producers,” according to Vargas.

Vital it may be, but still. “I hope this is over soon so I can go out to the park and sell my stuff,” the 61-year-old Alvaro Leon told EFE, stressing that a significant part of his harvest is still going to waste.

The Leon family has been able to sell their plantain through the provisional Buy Local initiative, “but we have lost our lemons.”

The problem is “not knowing how the internet works” after spending their entire life on the farm, Leon’s wife Ofelia explained.