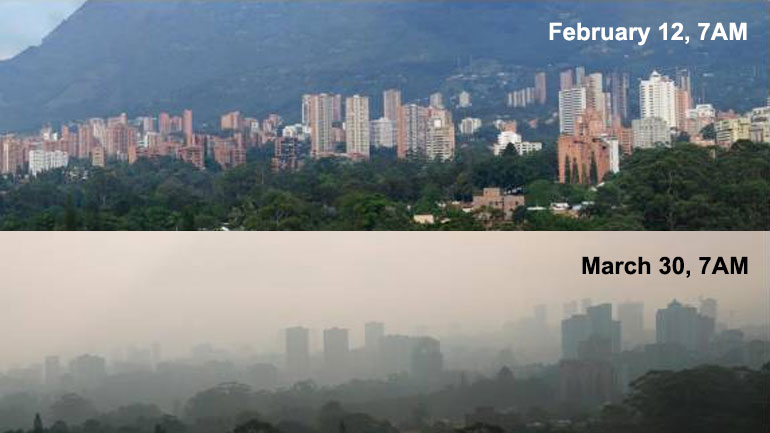 Amid the current crisis, Mayor Federico Gutierrez put restrictions in place in order to limit the effects of air pollution on the 3 million inhabitants of Colombia’s second biggest city.

“We have all have to be concerned,we have never had the levels of pollution as these days. I am acting responsibly for the care and health of people,” Gutierrez told RCN Radio.

The mayor said he will not suspend classes in schools, but has asked educational institutions to not perform outdoor physical activities.

“We can not expose children to this environment, especially in the morning when there is more pollution. Children can go [to school] but remain in enclosed spaces,” added the mayor.

The authorities have introduced several other measures as the “City of the Eternal Spring” has gradually become the City of Eternal Smog.

The city’s metro can temporarily be used for free. Meanwhile a restriction has been put in place on the use of private cars and motorbikes as well as trucks for garbage collection.

According to a recent report by the World Health Organization (WHO), Medellin is one of the cities in Colombia with the highest concentration of pollutant particles such as dust, soot, ash, metal and cement.

This action by the Mayor temporarily aims at reducing the exposure of the public to these particles while as they continue to suffer the effects of the abnormal weather pattern caused by the “El Nino” phenomenon.