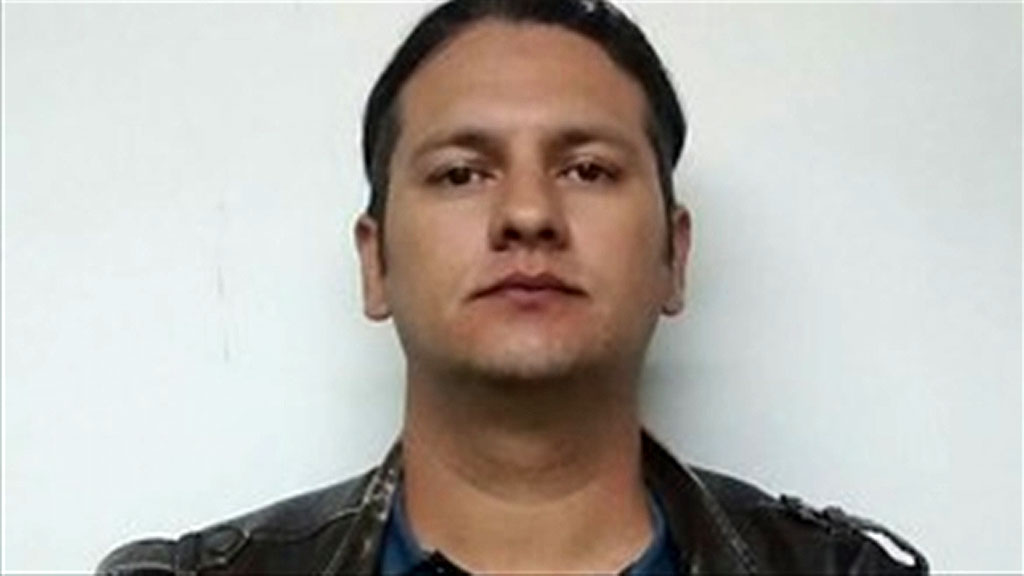 One of the alleged leaders of Medellin-based crime syndicate “Oficina de Envigado” has been arrested in Bogota, Colombia’s National Police announced.

Julian Andrey Gonzales, a.k.a. “Barny” was arrested after arriving in the capital from Costa Rica where he has been residing since 2011, the police said in a press statement.

In spite of Interpol monitoring his moves, Barny returned to Colombia to “obstruct judicial proceedings” against him and “reorganize” the Oficina’s underworld structure in Medellin where the crime syndicate controls most local drug trafficking operations, extortion schemes and other illegal activity.

According to authorities, Barny is the supreme leader of “La Terraza,” a neighborhood militia from northwest Medellin hired by slain drug lord Pablo Escobar in the 1980s as one of the first and most prominent urban gangs to be part of the crime syndicate.

Since then, the Terraza has grown to become one of the “supercombos” of Medellin, controlling more than 30 smaller gangs in Manrique and Aranjuez, respectively the city’s third and fourth district.

According to Police, Barny is one of nine members of the “board of directors” of the Oficina which works together with neo-paramilitary group “Urabeños” and is allegedly linked to corrupt elements in Medellin’s political elite.

Barny and the Terraza organization are suspected of having assassinated two anti-narcotics officials right outside Medellin’s Botanical Garden in 2012.