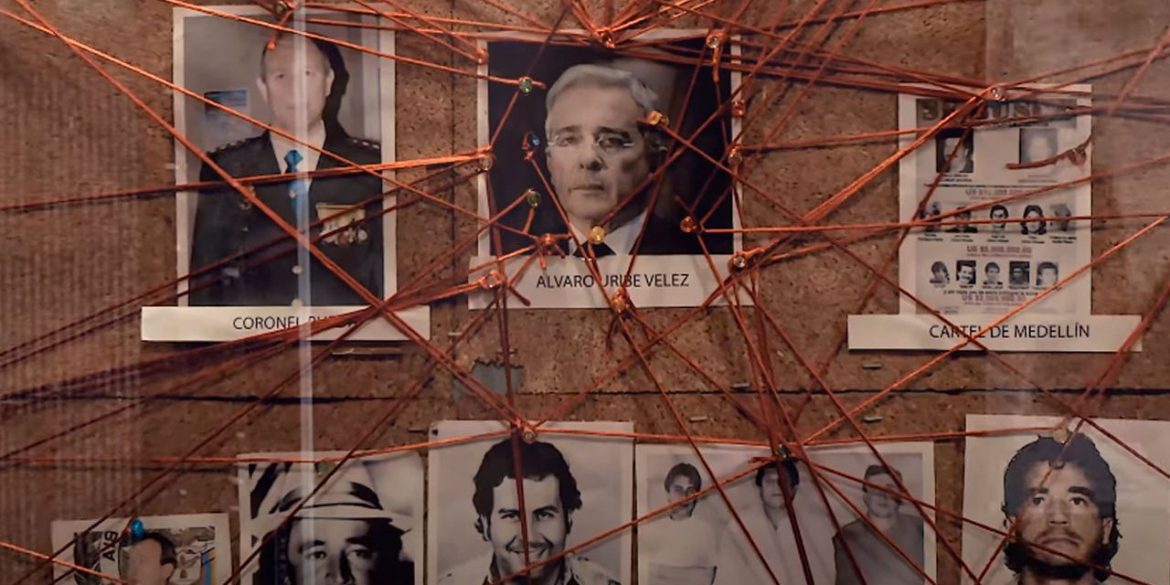 Colombia’s former President Alvaro Uribe is finally getting his own “narconovela,” courtesy of the journalist who got the Supreme Court to investigate his alleged rigging of the 2018 elections.

More than 35 years after the first evidence emerged of Uribe’s ties to the Medellin Cartel, “Matarife” promises to “morally do away with” the controversial political patron of President Ivan Duque.

The narconovela is produced by Daniel Mendoza, the editor of news website La Nueva Prensa and one of the fiercest critics of the political pretenses of the former Medellin Cartel associate and alleged paramilitary chief.

The first episode about Uribe’s perpetual run-ins with justice hast’s even aired, but Mendoza has already been flooded by death threats by far-right group “Aguilas Negras” and other so-called “Uribistas.”

Mendoza, like almost all journalists in Colombia, has gotten used to the harassment that follows any criticism of the only Medellin Cartel associate in history who received both a honorary journalism degree from a former stripper and a Medal of Freedom from a US president.

In an interview with Tercer Canal, the journalist and criminal lawyer said the series will be based mainly on the body of work of senior journalist Gonzalo Guillen, who has been in journalism since before Uribe and Pablo Escobar entered politics.

The series is titled “Matarife,” which means “slaughterer” or “buffoon,” because that nickname particularly annoys the former president.

Uribe initially sued the two journalists for allegedly tarnishing his good name by using that term, but gave up when he found out they planned to put his Medellin Cartel ties on court record.

Mendoza’s expressed intention to “morally do away with” the former Medellin associate should get the former president who already is in court somewhat nervous.

When his bulldog lawyer, Jaime Lombana, tried to pull a stunt on Guillen, the journalist publicly exposed the attorney as a narcissist drunkard who is investigated for money laundering and accused of assault by multiple women.