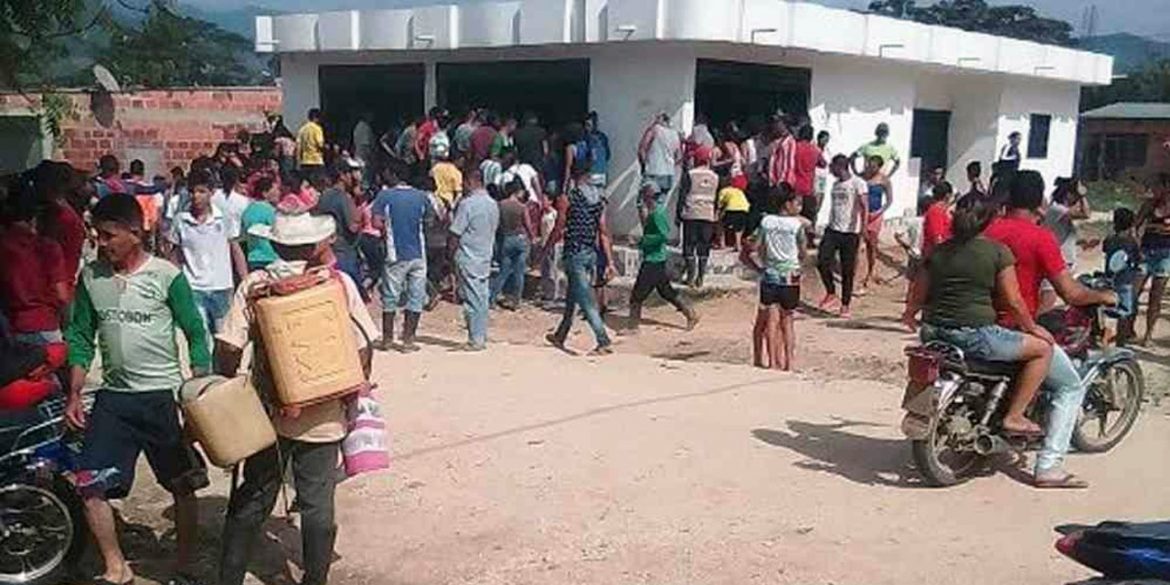 At least eight people were killed on Monday when a group of heavily armed men opened fire on a billiard hall in a town in the troubled northeast of Colombia.

According to local newspaper La Opinion, 10 hooded men that were “armed to the teeth” opened fire at the billiard hall in the center of El Tarra, Norte de Santander.

Among the victims are four demobilized FARC combatants, according to La Opinion.

The massacre took place in the midst of a turf war in the surrounding Catatumbo region between Colombia’s last-standing guerrilla group, the ELN, and dissidents of the EPL, a group that formally demobilized in 1991.

Colombia’s security forces failed to take over control over Catatumbo, a region that has suffered chronic state neglect for decades and has become one of the country’s most important coca growing regions.

Local authorities were surprised by the brazen attack at only a stone’s throw from the local police station.

It was horrible. Those guys surrounded the place and opened fire on everyone. The people were running to all sides, many died sitting there drinking beer, others were playing billiards.

The chairman of the Catatumbo Farmers’ Association, Juan Carlos Quintero, called on authorities to explain how it was possible that such an attack took place in the center of town in plain daylight.

Quintero told La Opinion that such attacks have not happened since an invasion by paramilitary forces of the now-defunct AUC between 1999 and 2004.

According to Wilfredo Cañizares, “there is something else going on” apart from the turf war between the EPL and ELN. “This demonstrates that civilian, military and police authorities have lost control over the situation. It’s the worst that this happens in the middle of the urban center without any response.”

La Opinion reported that local sources believe the attack was not related to the conflict between the EPL and the ELN, but between the ELN and local FARC members who rearmed during their peace process.

Both the ELN and the EPL sent out statements denying any responsibility in the attack.