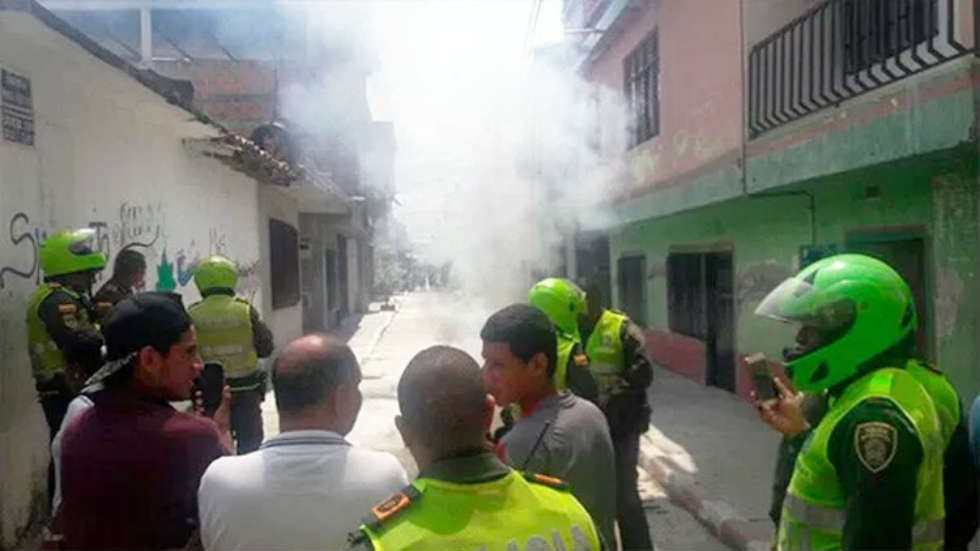 The annual festival of Florencia in southern Colombia unwillingly turned into a 21st century version of Woodstock after the military burned seized marijuana, according to local media.

According to website SVC Noticias, the festival held between Friday and Sunday reached a strange end after festival goers were exposed to significant marijuana clouds, “and of the best quality, according to some ‘experts.”

Locals found that the smell came from a local army battalion and complained with the local commander.

He explained the army was destroying a shipment of more than 800 kilos of marijuana confiscated earlier in the week.

According to weekly Semana, the security forced had seized the marijuana from rogue guerrillas resisting a peace process with the FARC guerrilla group.

General Cesar Parra, commander in charge of the Sixth Division of the Army, had the idea to order the burning of all confiscated material in the courtyards of the battalion, which caused the smell. Some people said it got more than one passerby stoned. Some addicts stayed hours near the place to satisfy their need, without buying grass.

A local military official told weekly Semana that the incident was due to “a planning error.” “To save time” the military decided to burn the confiscated marijuana inside the battalion rather than outside the city limits.

It was a planning error because we did not foresee the breeze that was against us. I did not feel anything, I fell asleep. But it seems that there were quite a few happy people in the critical neighborhood next door.”