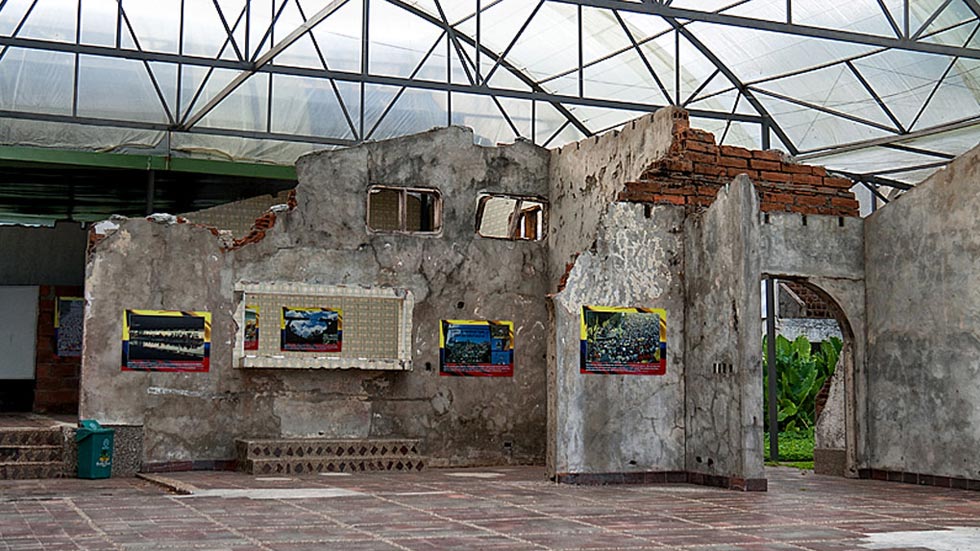 Twenty years after the death of its original owner, the former home of slain drug lord Pablo Escobar, the main mansion at the Haciendo Napoles in central Colombia, has collapsed.

According to the directors of the theme park built on Escobar’s former estate, the mansion collapsed on Sunday after decades of decay.

Experts had long warned the home was coming down, but both the state and the administrators of the estate refused to invest in what once was the iconic home of Colombia’s most famous criminal of all time.

Still facing a national trauma caused by Escobar’s ultra-violent Medellin Cartel in the 1980s and 1990s, the administrators of the ecological theme park said they had no intention to reconstruct the building that had been used as a provisional historic museum dedicated to the victims of the drug lord.

The museum will continue but in the open air after the rubble has been removed, according to El Colombiano.

Following a legal battle with the Escobar family, Haciendo Napoles was nationalized after the drug lord’s death in 1993.