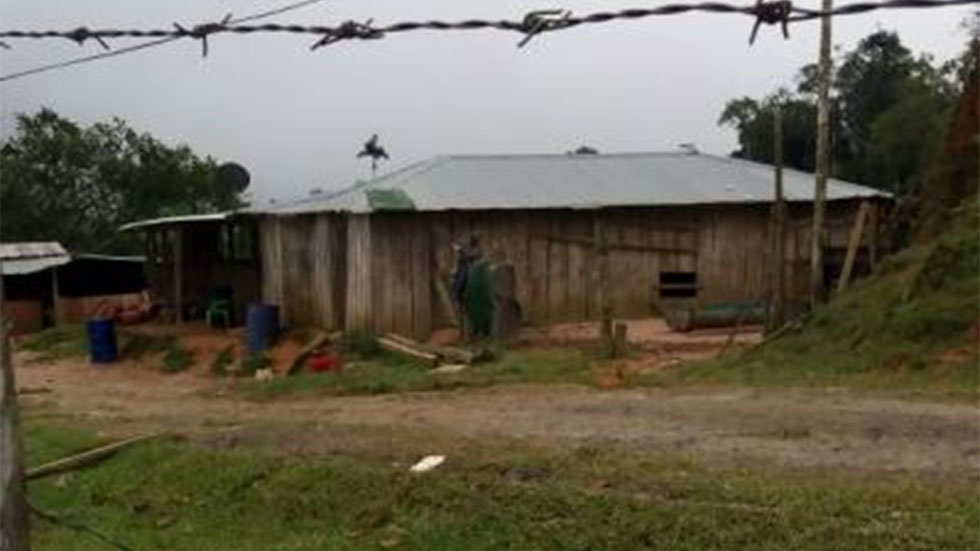 Snipers, in apparent collusion with Colombia’s National Army, are responsible for the first breach of a ceasefire between the FARC and the government that killed two guerrillas, locals claim.

Colombia’s chief government peace negotiator and the military had earlier claimed the two guerrillas were killed in combat after being caught carrying out “an operation of criminal character,” while the FARC said the guerrillas were on their way to a pre-demobilization area.

Locals from the El Golfo township in Santa Rosa del Sur, Bolivar, where the guerrillas were killed, denied the government’s version of events and said the premeditated double assassination was carried out by members of the army unit active in the area.

“Four men, two women and two children … witnessed the assassination of the two FARC insurgents and the arrest of a third,” the local farmers and miners’ association Aheramigua said in a press release, claiming the local military unit had carried out all kinds of actions to undermine the peace process.

The press release was published by Prensa Rural, a peasant news website.

The locals say that around 1:30PM, [killed guerrilla] “Joaco” was talking on his cell phone and unexpectedly fell to the ground. The shot he received was heard shortly after. At that moment, “Monica” bowed to see what had happened and also received a shot and fell. The witnesses then understood there were snipers. The army members were located at approximately 30 or 40 meters from the guerrillas and, after the shots, began firing in the air. The third insurgent that was arriving at the home was arrested by the army, who ordered him to lie down face down on the ground with his hands behind his neck.

The sniper was incidentally found by a local after which the alleged killed, while insulting the witness and holding him at gunpoint, told the witness to lie down on the ground, according to the locals’ association.

Following the alleged double assassination, the nearby military unit preceded to intimidate the witnesses, accusing them of being guerrilla collaborators, the locals said.

The soldiers entered the homes to the outrage of the families. They insulted people, requested identity papers, and took the fingerprints and phone numbers, carrying out some kind of census. Among the soldiers were two hooded men, one chubby and one slim.”

At 4PM, 2.5 hours after the killings, a helicopter arrived at the scene carrying three policemen who again asked the locals for identification.

The bodies were removed just after midnight. At that point, the locals noticed the assassinated guerrillas were carrying handguns and one was carrying a memory stick around the neck, according to the locals’ association.

According to the locals, some members of the involved military unit,  had been at the site when the killings occur a few days prior to the incident dressed in civilian clothing in what the locals’ consider an intelligence operation seeking to locate the FARC guerrillas who were later killed.

The killings are investigated by a three-party monitoring and verification commission consisting of the UN, the government and the FARC. This body will ultimately define the responsibility of the first ceasefire violation since the coming into force of a bilateral ceasefire in August.

The alleged military involvement in the violence adds to concerns about the recent killings of human rights defenders in other parts of the country, presumably by paramilitary forces.

The deaths are upsetting the country’s leftist opposition that is crudely reminded how thousands were assassinated by members of the security forces and their paramilitary allies after 1985, when the FARC also agreed to enter politics.

As part of the peace process, President Juan Manuel Santos publicly admitted the state’s complicity in the near extermination of the leftist Patriotic Union party.

In order to prevent incidents like in Santa Rosa del Sur, where the military has also been accused of intimidating voters into voting “No” to a peace deal with the FARC in an October 2 referendum, Santos is trying to have the guerrillas’ demobilization, disarmament and reintegration program resumed as soon as possible.

This process would initially concentrate the guerrillas, allowing unarmed UN soldiers to monitor their safety in conjunction with local authorities.

The resumption of this process depends on Congress, which is the designated body to ratify peace with the FARC after the initial deal shockingly was struck down in the referendum.

The FARC has been sighting the Colombian state since 1964 in an armed conflict that has left more than 265,000 Colombians, primarily civilians, dead. The talks leading up to the accord now debated in Congress began secretly in 2011.

Meanwhile, the locals from Santa Rosa del Sur continue to live in fear, reportedly afraid the military’s intimidation tactics could lead to more violence or the displacement of the community.

The population is at high risk of displacement due to the fear and uncertainty caused by the behavior of the members of the security forces, specifically the allegations of being collaborators and supporters of the guerrillas and because of the presence of hooded men.