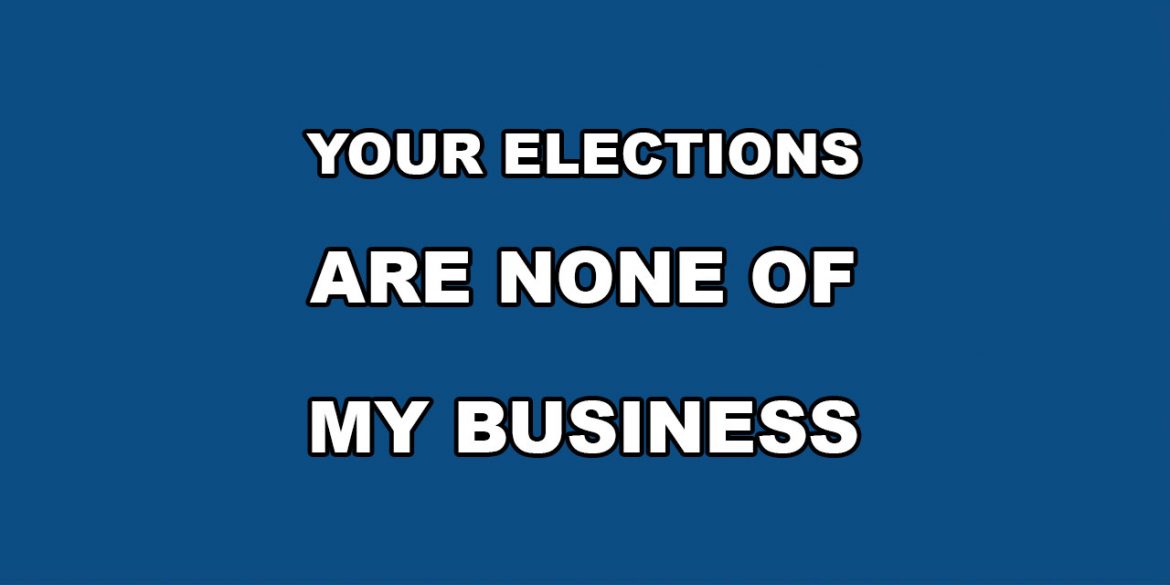 Former US Senator Joe Biden should leave Colombia out of the US elections for the same reasons as incumbent President Donald Trump; the consequences of not doing so can only be negative.

I hadn’t even published my article about Trump’s campaign ads or an editor pointed out Biden had published an editorial in Colombia’s largest newspaper, El Tiempo.

I hope my American readers forgive me for not following their elections. Reporting on Colombia in quite a full-time job.

More importantly, I believe Americans should vote for whoever they please. Their elections are none of my business.

According to NBC, both the incumbent US president and his opponent make it my business because they are seeking votes of the Colombian community in Florida.

For this reason, the Democratic candidate was one of the main supporters of “Plan Colombia,” Biden wrote.

I live more than 1,400 miles south of Miami and almost 2,200 miles southeast of San Antonio. I fail to see how Colombia is “vital” for Americans’ security.

In fact, while US Congress agreed to invest $2.4 in Plan Colombia in mid-2000, Khalid Sheikh Mohammed was planning the September 11 attacks that would kill almost 3,000 Americans and injured another 25,000 the next year.

The Government Accountability Office (GAO) informed US Congress in 2008 that the goal of Plan Colombia to “reduce the production of illicit drugs (primarily cocaine) by 50 percent in six years” was “not fully met.”

Plan Colombia’s second goal, to “improve security in Colombia by re-claiming control of areas held by illegal armed groups,” had resulted in improved security, according to the GAO.

More than 3.5 million Colombians were displaced in the process that ended up costing not $2.4 but $6 billion, according to the GAO.

While I am relieved the threat posed by guerrillas and paramilitaries was reduced during Plan Colombia, I am not a US citizen and I believe Americans pay taxes to improve their security, not mine.

Trump and Biden should focus on whatever issues matter to Americans and leave Colombia out of their election campaigns.

My job is to report on the South American country, which does not benefit from being dragged into foreign election campaigns.

Out of respect for the United States’ sovereignty, I will not write another word about their election and reiterate Americans should vote for whomever they please if they wish to exercise that right.