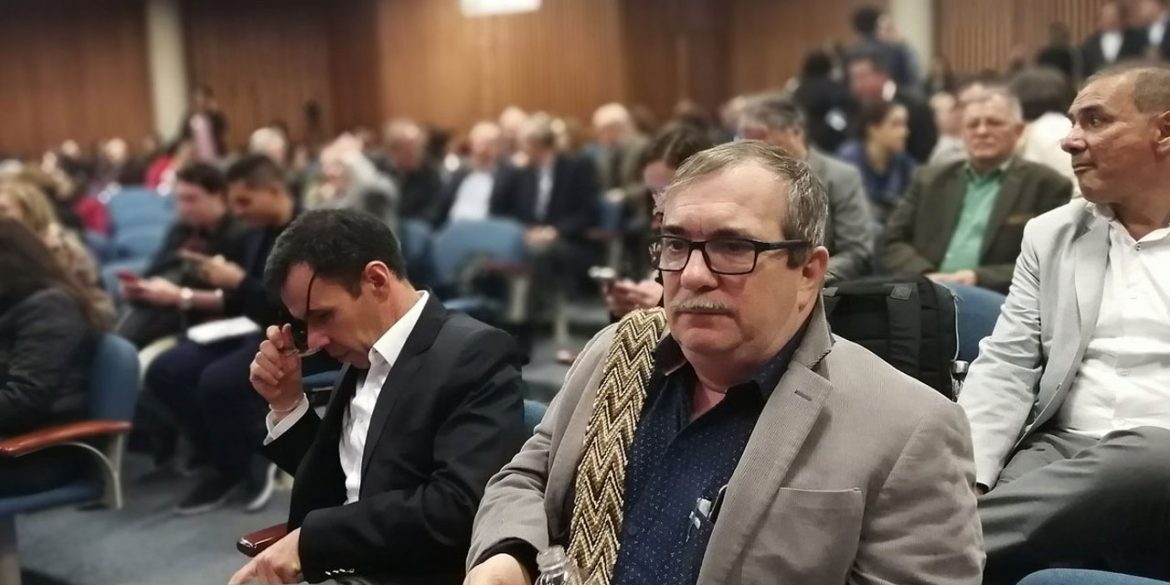 Demobilized rebel leader Rodrigo Londoño said Saturday that the killing of FARC members constitutes a “clear violation” on behalf of the government.

Londoño, who is better known as “Timochenko,” said that political violence since the 2016 peace deal “cost the lives of 133 former guerrillas, as well as 34 of their family members and 11 more are disappeared.”

Added to the FARC’s own victims, “you can add the more than 600 compatriots who have been assassinated for the leading role in their communities,” the FARC’s president said referring to the mass killing of community leaders and human rights defenders who have been killed since 2016.

These systematic killings constitute a clear violation of the Final Agreement for the End of Conflict and the Construction of a Stable and Lasting Peace; and, therefore, they are the responsibility of the State and the government.

Peace process or not, the government is “constitutionally obliged to guarantee the life and security of all Colombians,” Londoño added.

Ahead of the United Nations’ quarterly report on the peace process next month, the former guerrillas have stepped up their accusations that the administration of President Ivan Duque has been in almost constant violation of the peace deal.

Just a few days ago, the FARC’s members of the tripartite commission that monitors the peace process, accused the government of sinking the body formed together with the UN into “its greatest crisis since its inception” because of its lack of cooperation.

The FARC’s claims are confirmed by non-coalition parties and civilian organizations who have been trying to force the government to implement key elements of the peace deal through Congress and the courts.

Duque’s far-right Democratic Center party has opposed the peace process since before it began and has tried to frustrate its progress both in Congress and illegally.

The president’s resistance to implement key elements of the peace deal bartered by his predecessor has resulted in increased criticism both from within Colombia and abroad.

Top UN officials accused the government earlier this month of “inciting violence” against the FARC and urged Duque to “take immediate steps to implement to peace agreements.”

Failures to implement the deal and to provide basic security have led to an increase in violence in a number of former FARC territories where other illegal armed groups are vying over control over drug trafficking and illegal mining activity, or are violently preventing the return of land that was dispossessed from displaced farmers during the conflict.

Meanwhile, disappointed FARC members have abandoned the peace process or rearmed to join dissident group that are believed to have grown to approximately 2,300 men and women.