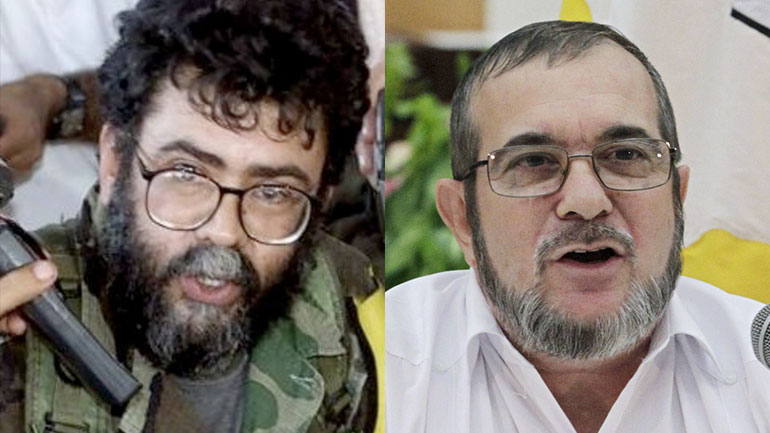 FARC leader “Timochenko” said that his predecessor halted plans to assassinate Colombian president Juan Manuel Santos in order to not compromise secret peace talks in 2011, months before he was killed by security forces.

Timochenko told former senator Piedad Cordoba in an interview for Telesur that former FARC leader “Alfonso Cano” was extremely enthusiastic about the development of the peace talks, was very motivated to bring the armed conflict to an end and that after his death the FARC became worried about the future of the peace negotiations.

According to Timochenko, a FARC cell prepared an assassination plan for president Santos but the leader called it off in order to advance the preliminary negotiations with the Colombian government.

“If we are negotiating,” Cano reportedly told the would-be assassins, “this is not acceptable,” and ordered them to desist immediately.

Cano was killed soon afterwards in a military operation in November 2011.

Timochenko claimed that Cano had lowered his security and was easily located by the military because of the regular communication he had with the government on the subject of the developing peace process.

Armed forces had the guerrilla leader surrounded and Santos gave the green-light to kill him.

In September 2012 when Santos announced official peace talks between the government and the FARC he explained that the secret peace negotiations had made his decision to kill Cano difficult.

Santos also revealed that those secret negotiations were initiated by Cano in 2010.

“Alfonso Cano” became the leader of the FARC in May 2008 after the death of founder “Manuel Marulanda.”

Under Cano’s leadership, the guerrilla organization adopted a new strategy which involved an increase in hit-and-run attacks and dividing the guerrilla army into small fronts. The new strategy caused an increasing number of deaths and injuries among Colombian soldiers and led to criticism of the security policy of President Juan Manuel Santos.

Peace talks between the FARC and the Colombian government began officially Havana, Cuba in November 2012 in order to resolve the 51-year-long civil conflict which left 260,000 Colombians dead and over 6 million displaced.