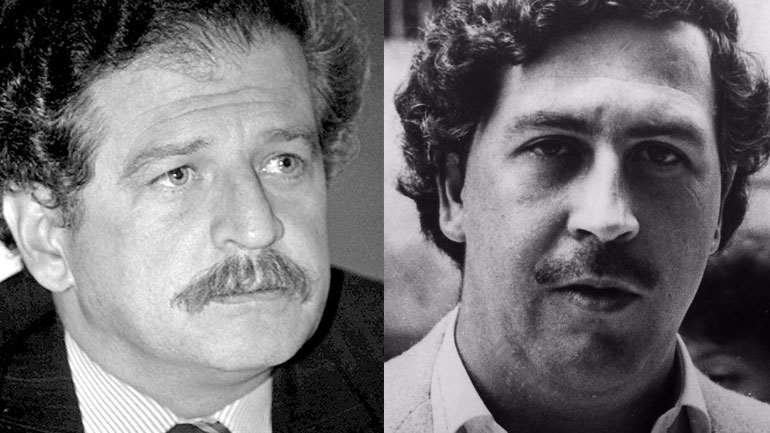 Authorities on Monday captured a former official of Colombia’s now-defunct intelligence agency for his relation to the 1989 murder of anti-Pablo Escobar presidential candidate Luis Carlos Galan.

Hector Ernesto Muñoz, known as “The Witch,” was arrested in Colombia’s Santander province, amid alleged knowledge of the disappearance of a colleague who had worked with the Medellin Cartel to kill Galan.

DAS official Orlando Monroy, alias “Ragman” was killed only days after the murder of the presidential candidate..

“Ragman” who served as DAS detective during the eighties was stated to have strong links with drug cartels and illegal armed groups and was said to have been involved in the assassination of the former presidential hopeful in August 1989.

In statements made under oath The Witch said Ragman had direct knowledge of the plan to attack Galan.

In his testimony, he referred to a meeting held in Ibague, the capital of the province of Tolima, in which members of the Medellin cartel and the Agrarian Self-Defense Forces of Magdalena Medio were present.

At that meeting, he said Ragman relayed that a plan was hatched for threatening the life of the head of the New Liberalism.

In closing arguments concluded in this trial, the prosecutor eighth delegate to the Supreme Court stated that The Witch received constant calls from Ragman in which he stated that there was just a few days to the attack on Galan.

From the outset, The Witch said a few days after the murder of Gallan, Ragman was gone.

He recounted how he had been killed and burned in a brickyard on a road between Bogota and Villavicencio in retaliation for having revealed plans of the attack against the political leader.

At that time, according to research, there was a plan to eliminate everyone who had information about the events that had passed.

Luis Carlos Galan, an outspoken critic of Pablo Escobar and drug trafficking  was gunned down at a political rally for his presidential campaign in Soacha outside the Colombian capital Bogota.

The ex-detective, The Witch who was arrested for the purpose of investigation, has given details about the links that high ranking DAS officials had with the heads of the Medellin Cartel and paramilitaries in  Magdalena Medio.

These two groups were responsible for financing and supporting the attack on Galan mainly due to his support for the extradition of nationals for involvement in drug trafficking.

Last week at the hearing of final arguments in the trial, Attorney Maza Marquez did mention to irregular events surrounding the DAS in the decade of the 80s.

In that regard, he noted that only now, 20 years later, it has revealed the existence of a company that was created to cover up the crime of Galan’s murder.

He highlighted that as a member of the DAS at the time, Orlando Monroy or Ragman  knew about the facts agreed to carry out the attack on Galan, on August 18, 1989.