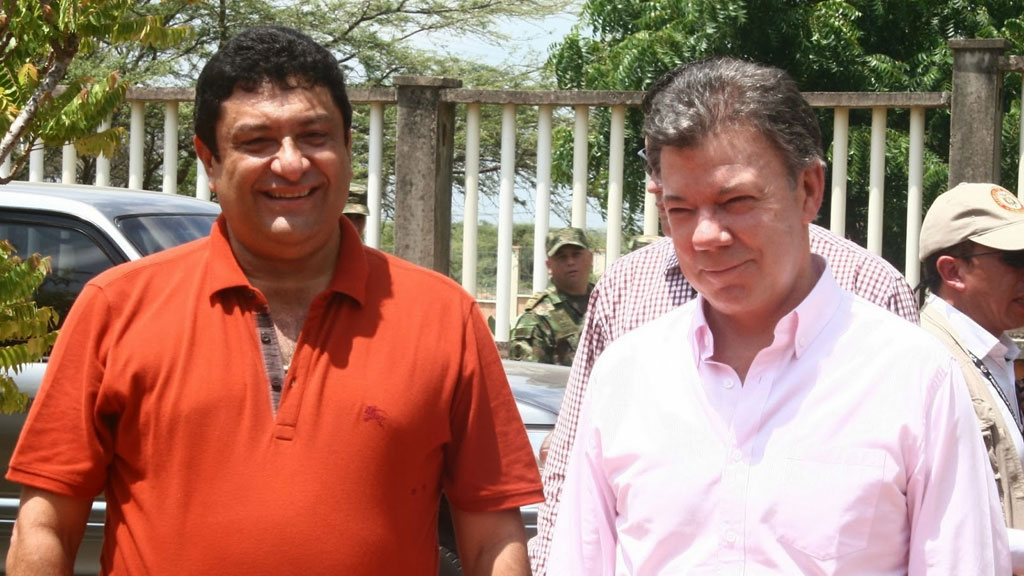 A judge controversially ordered the release of the former governor from Colombia’s most northern La Guajira province in spite of ongoing investigations into his alleged ties to criminal organizations.

A judge from the northern city of Barranquilla ordered the release of ex-governor Juan Francisco Gomez after the defendant had filed a habeas corpus writ, claiming he was illegally detained.

According to the judge, the prosecution has taken too long to investigate the numerous charges of corruption and ties to criminal groups, and failed to timely call the disgraced politician to trial.

Gomez was arrested in October 2013.

Since then, two witnesses against him have been assassinated while a third one reportedly has gone missing.

Despite the order from the judge, however, Colombia’s Prosecutor General’s Office said that the ex-governor would not be allowed to leave prison as there is an additional homicide charge pending against the ex-governor.

The charge in question is for the homicide of ex-mayor of Barrancas, Yandra Brito, and her husband, Henry Ustariz.

Prosecutors immediately opened a criminal investigation against the judge who had ordered Gomez’ release.

Senator Claudia Lopez (Green Alliance), one of the victims of death threats allegedly related to her investigation of the governor, deplored the judge’s decision, calling Gomez “an immensely dangerous criminal.”

Lopez, a former political investigator, has long accused the former governor as the mastermind behind an alleged plot to assassinate her and other political analysts for exposing possible links between Gomez and the “Urabeños,” a neo-paramilitary formed from the AUC.

Investigative journalist reveals all on death threats and fleeing Colombia

Colombia’s paramilitaries were created in the 1980s by drug traffickers and ranchers to counter leftist rebel kidnapping and extortion. However, the self-defense groups quickly evolved into powerful drug-trafficking gangs that colluded with politicians in order to gain and maintain political power.

Since the so-called “parapolitics” scandal was revealed in 2006, dozens of senators, representatives and governors have been imprisoned on charges of ties to the AUC.

According to the Prosecutor General’s Office, more than 11,000 politicians, government officials and businessmen are suspected of having made pacts with the AUC.