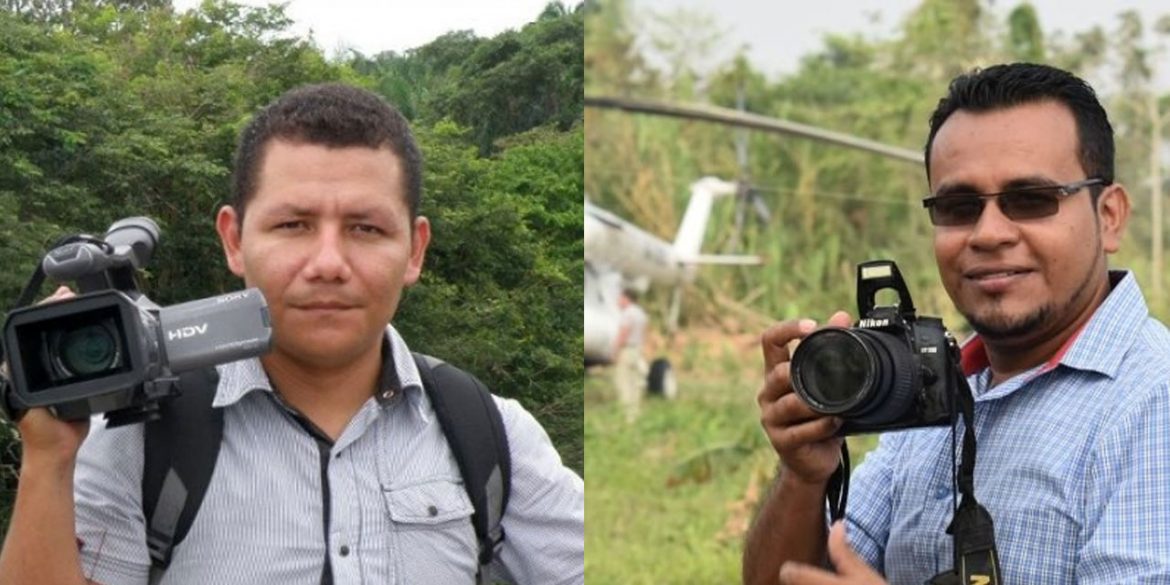 Journalism in Colombia: the difference between reporters and bootlickers

While Colombia’s national media relayed President Ivan Duque’s opinion on the ELN, local journalists were putting their lives on the line to inform on the ongoing guerrilla terror in their communities.

These local journalists are left to themselves as Wilfer Moreno, the director of local television network CNC Arauca from the rebel-controlled northeast of the country, found out.

Moreno was forced to flee his home province on Thursday after a man who identified him as ELN ringleader “Marcos” called the journalist and gave him one hour to pack his bags.

Having previously been assaulted by police, the journalist saw no option but to pull the plug on his news station.

Had it not been for one local journalist, Daniel Martinez, who has refused to stop reporting, Colombia would have no information about the terror imposed by the ELN’s “armed strike.” 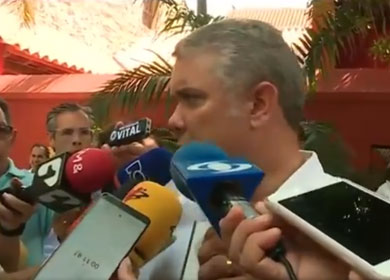 National television and radio networks ignored the forced displacement of Moreno and guerrilla terror reported by Martinez, who was forced to flee his hometown in May last year.

Instead, national media traveled to the coastal city of Cartagena on Friday to put some 15 microphones under Duque’s nose so he could claim that “the Colombian state is ready, always prepared to defend the lives, honor, property and freedoms of the Colombian people.”

Martinez’ 20-minute drive though his city on Thursday evening clearly demonstrated that both the police and military were hiding from the guerrillas.

His website, El Circulo, is now the only local news outlet reporting on Arauca’s capital after Moreno was forced to run for his life. The rest of the province has virtually gone silent before Moreno’s forced displacement.

Independent news website La Linea del Medio obtained a recording of Marcos’ death threat to Moreno and the journalist’s almost inconceivable courage to challenge the rebel leader who had ordered him to leave the department within 24 hours.

Look Don Marcos, with the greatest respect in the world, I am a news outlet, I am a journalist. My news outlet covers the province, brother, how am I going to leave the people without information?

“Buddy, if you are not willing to submit to our orders; then you’ll just have to comply, my friend, for us to leave a precedent,” said Marcos.

If you won’t leave the good way, we’ll make you leave the bad way, buddy, easy as that…  When they kill you there on Carrera 17 with Calle 20, house number 22 in Cristo Rey you won’t be telling me I’m wrong, you hear?

“But what am I doing wrong?  the journalist asked to which he received a simple answer: “The only thing you are doing wrong is not obeying orders.”

Listen to me! Since we have a curfew targeting companies, traders, cattle breeders, farmers, ranchers and transport cooperatives and associations, those who do not submit to our policy, to our orders, are immediately declared military targets.

Despite having just been threatened with death twice, the journalist insisted he should be able to continue his work.

So, I have to stop bringing the news because you order not to bring the news?… I am not going to leave the community without information every time you say so. I respect the issue that you…

At that point Marcos ran out of patience.

From this moment on, listen to me, you are declared a military objective and you have one hour to leave your apartment for your type of rebellion and your refusal to adhere to our call.

Moreno immediately fled, leaving only Martinez behind to report on the terror their community is subjected to.

Television network Caracol on Saturday reported on the army’s claim it had successfully dismantled a home-made mortar in Arauca. Noticias RCN hasn’t even mentioned the province where, according to Human Rights Watch, “the guerrillas are the police.”

Arauca’s last journalist was on the street at 6AM on Saturday interviewing a local who decried “it’s unbelievable what this has come to. Arauca woke up at the mercy of the guerrillas. This has never happened. It means the population no longer trusts the institutions.”

You can’t really blame them. Duque has avoided all media contact after his brief statement with the bootlickers who have the nerve to call themselves journalists. The defense minister has locked himself inside a military compound in the north of Bogota.