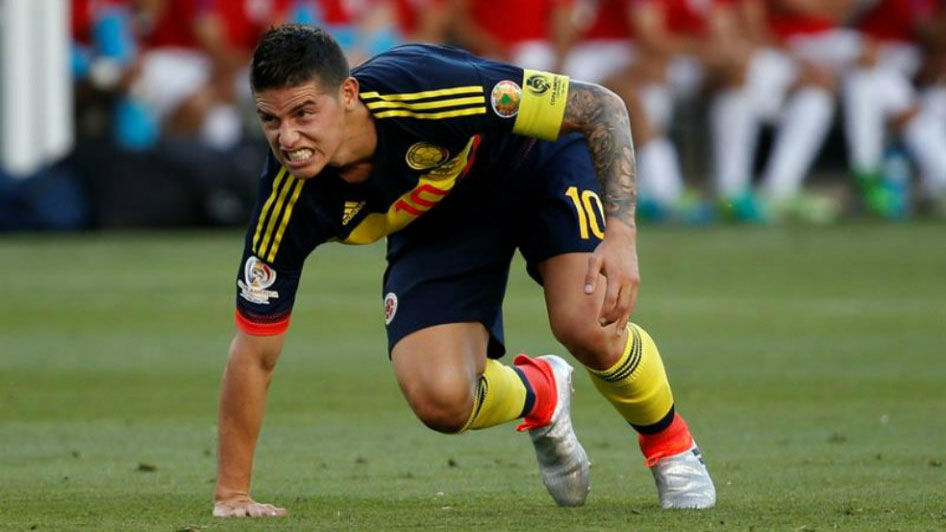 James’ injury cause of concern for Colombia’s Copa America bid

Two days after Colombia’s golden boy, James Rodriguez, dislocated his shoulder in the opening game against the USA, there is uncertainty whether the team captain can continue playing in the tournament.

Following the game, won by Los Cafeteros with a convincing 2-0, coach Jose Pekerman said at a press conference that “he’s still in pain and as the hours go by, we’ll know what his recovery is.”

“[Saturday], we might have a clearer picture,” Pekerman added.

But Saturday came and went without any conclusive news, spurring speculation that the injury might be worse than initially hoped for, meaning Colombia could have to finish the tournament without its star striker.

According to James’ teammate, Carlos Bacca, “if we were playing every week he would certainly be 100%, but now we play in two days,” indicating James might not recuperate from his injury quickly enough to play Paraguay, but could eturn later in the tournament.

“For now, he is undergoing physiotherapy for the trauma in his shoulder. We will inform you when there is something” new, an anonymous Colombian soccer officials told French news agency AFP.

But nothing new has been reported.

Colombia will be playing again on Tuesday, this time against Paraguay. The absence of James could make winning that game a lot more difficult and threaten Colombia’s chances of moving to the second round of the Copa America.