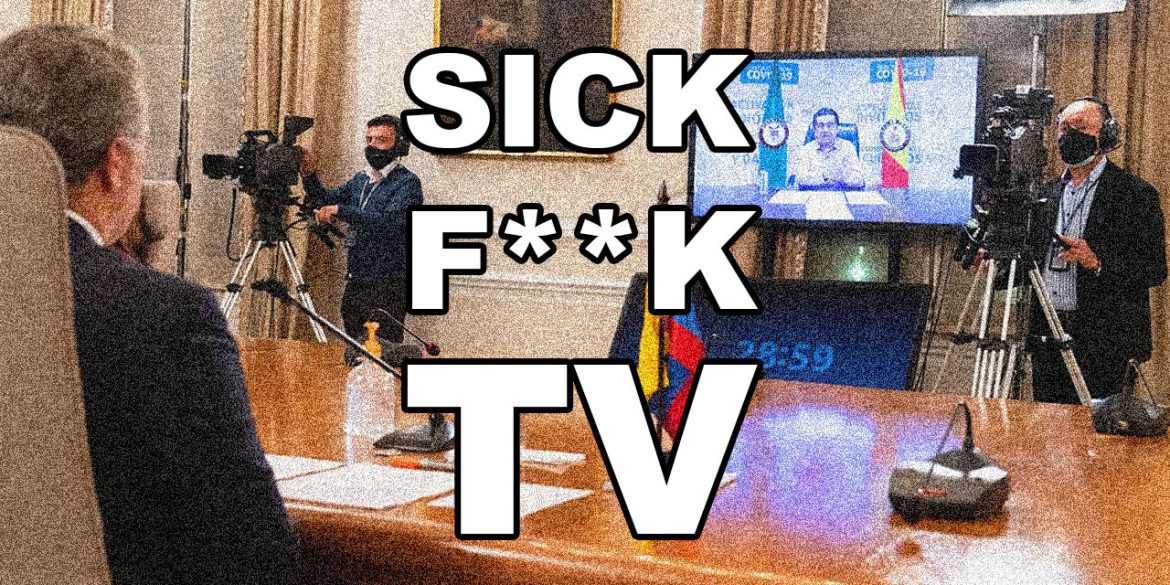 Is Colombia’s president a criminal psychopath?

While police in Colombia’s capital Bogota embarked on their second night of state terrorism on Thursday, President Ivan Duque did what he does best; deny reality.

“I would like to start off with highlighting that today we did 34,098 tests and we registered 7,813 positive cases,” Duque said.

Meanwhile, police were indiscriminately opening fire on unarmed citizens in the Fontibon district.

If there was any doubt Colombia’s president had a personality disorder, Thursday made it clear Duque checks the boxes of a criminal psychopath with an apparent preference for terrorism.

“61.6% of the positive cases registered today are concentrated in five municipalities,” the most of which are in Bogota where police were shooting at civilians in La Candelaria, the neighborhood surrounding the presidential palace.

Fortunately for Duque, the noise of the police guns did not disrupt the scripted yet incoherent dribble of Colombia’s apparent psychopath-in-chief.

The president expressed his “solidarity and condolences to the families who have lost their loved ones,” to COVID while also in Puente Aranda police were indiscriminately opening fire on civilians.

We have to be very careful that even younger people, of course, who are exposed to the virus can transmit it to older loved ones in the family, or other family members who have pre-existing and comorbidities.

Fortunately for the president’s wife and children, criminal psychopathy is not as contagious as COVID-19.

Scientific studies have found moderate genetic as well as non-genetic influences, but this would not be the concern of the inhabitants of the Libertadores neighborhood, where police were also on a killing spree while the president was pretending to be a television anchor, and would be statistically negligible.

Speaking of statistics, “I want to highlight something very important and that is that today we achieved a record number of recoveries,” Duque said.

This is considerably more than the eight policemen who were beating up a man in Fontibon before detaining him for no apparent reason while Duque’s make-up artist was preparing the president for his COVID-19 Variety show.

The president’s apparently criminal psychopathy in no way would inhibit Duque to be an engaging television show host and being involved in terrorism at the same time.

Duque’s general ineptitude, however, appears to also affect his ability to host a television show. Even after months of practice, the president’s COVID-19 show is still unbearable to watch.