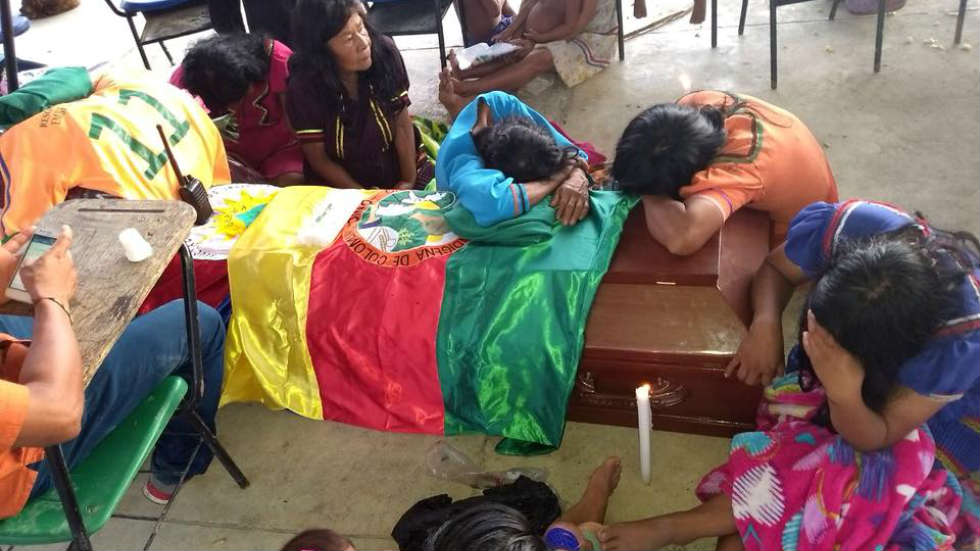 Colombia’s military has clashed with several indigenous nations this week, claiming that killed and injured civilians were guerrillas or criminals.

In at least three military operations three men were killed and one 16-year_old girl was injured by the military.

One of the killed men was caught robbing and all others were guerrillas, according to the military, which insist it has not committed any human rights violations.

The National Army is carrying out military operations throughout Colombia against the ELN, and has assisted Police offensives against paramilitary group AGC.

Mourning members of the Embera people in Choco buried an indigenous guard on Tuesday who is accused by the military of robbing vehicles  on the Medellin-Quibdo highway.

The community. which was carrying out a protest at the time of the murder, disarmed the soldiers. National indigenous organization ONIC said that the weapons would be surrendered to UN observers of an ongoing peace process.

The military retracted its initial explanation of events on Wednesday and apologized to the community.

Days earlier, two members of the Betoy people were killed by soldiers in a second dispute. The ONIC rejected a military claim that the men were members of guerrilla group ELN.

The indigenous organization also asked peace observers to investigate the injury of a 16-young girl after a bombing meant for the ELN struck a second indigenous community in Choco.

The lawless west of Colombia saw a brutal turf war erupt between the ELN and the AGC after the demobilization of the FARC guerrilla group last year.

The violence has impeded the implementation of a peace process that seeks to end a half-a-century armed conflict with the FARC.

State neglect, one of the causes of armed conflict in Colombia, often is rife in the remote areas where indigenous and black communities often live.