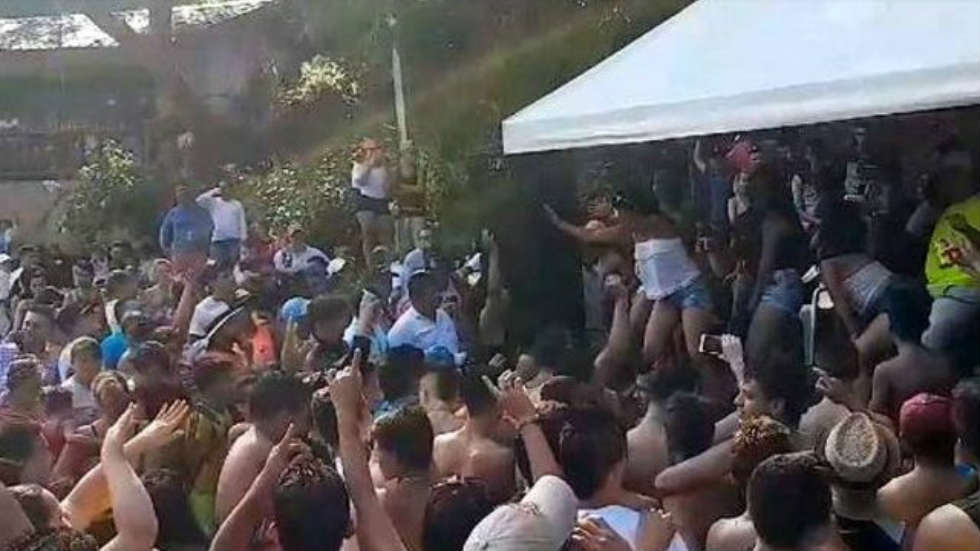 Colombia’s family welfare institute reminded the country’s local and regional governments they must protect minors after minors were caught participated in a public wet t-shirt event.

The video was shot over the weekend in a water park managed by the Culture and Tourism Institute of San Gil, a town in the central-northeastern Santander province.

At least one of the minors was filmed baring her chest before a crowd of approximately 1,500. Multiple minors were reportedly cheered to take part.

Local authorities were not aware of the minors’ participation until after videos of the event had been shared online.

No permit was ever requested for these types of events.

We don’t know who organized it.

According to the director of the Colombian Family Welfare Institute (ICBF), Karen Abudinen, the incident is not unique. Abuniden recalled another incident in Santander in which girls as young as nine took part in a thong competition.

Too often children are exposed to risk due to negligence by both parents and authorities, Abudinen said.

I reiterate my call to the entire country and especially to mayors, governors and the National Police for the urgent and permanent need to keep our children away from places, activities and events that put them at risk in any way.

A 15-year-old girl who took part in the event suffered online abuse after her participation in the event made the headlines on national television, the local ombudsman said.

The Public Prosecutor’s Office asked the Colombian Family Welfare Institute to accompany the minor and provide her with psychosocial support, as she is being bullied because the scandal generated national uproar. The girl is very upset.

Local police closed the venue at the water park that had organized the event and vowed legal action against parents and organizers.