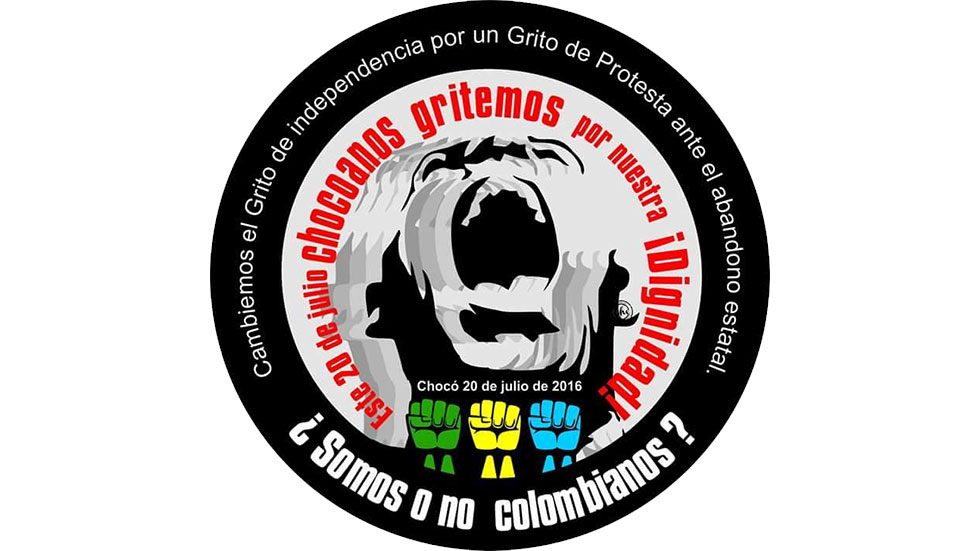 Locals from the Choco, a province located on Colombia’s Pacific coast, announced they will not celebrate the country’s independence day on July 20, but instead call to end to state neglect.

The predominantly black province has long been the poorest region of the country in spite being blessed by a generous quantity of valuable natural resources like gold and platinum.

Colombia declared independence from Spain on July 20, 1810, but has since consistently neglected its most western province that is mostly inhabited by descendants of slaves and indigenous peoples.

As a consequence of this state neglect, widespread corruption and the ongoing presence of illegal armed groups, more than 60% of the population lives below the country’s poverty line.

In Bogota, where President Juan Manuel Santos will be present at the main celebration of independence, 10% of the population lives below the poverty line.

“We want to take advantage the approaching of July 20 to protest the abandonment in regards to all social issues,” protest leader Dilion Martinez told newspaper El Espectador.

“Here there is not one [development] project that isn’t stolen by government-picked contractors,” said Martinez.

As an example of the abysmal level of governance in the region, Martinez pointed out that the only hospital in the province capital Quibdo is at the brink of bankruptcy and that the road connecting Quibdo to Medellin has been under construction for decades literally.

Fed up with the lack of commitment of the government in Bogota, the chocoanos as the locals are called will refuse to raise Colombia’s flag on Independence Day and instead will wave their own flag.

Locals will take to the street in the hope the rest of the country sees that for those in Choco Colombia’s independence is nothing to celebrate.

“The march is getting stronger each day and the support is absolute in all the regions of the province,” the protest organizers said on their Facebook page.