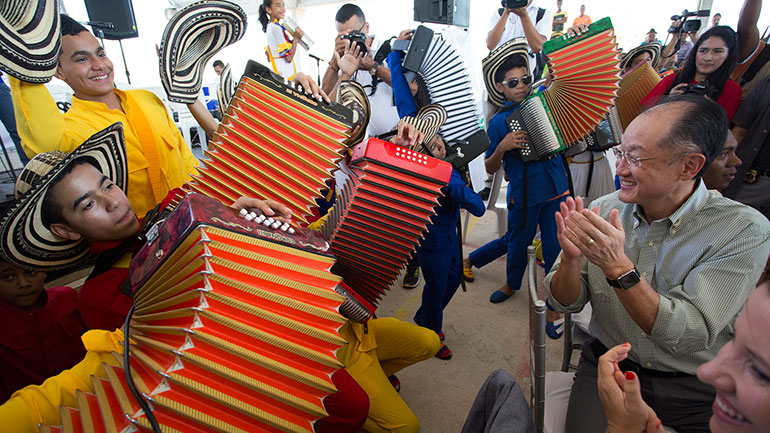 World Bank President Jim Yong Kim urged the international community to commit to financially supporting peace in Colombia as negotiations with the country’s largest rebel group, the FARC, have reached the final point on the agenda.

“There are needs all over the place, especially in Latin America, but if there’s one country that we have to unfailingly support it’s Colombia,” Kim told The Associated Press while visiting World Bank-funded programs in the South American country.

According to the World Bank president, the international community needs to step up aid commitments “not just because of the needs of the country, but because we have to show that by moving quickly on developmental tasks you can help with the peace process.”

In the coming years, Colombia will need tens of billions of dollars to finance peacebuilding in the country that has been ravaged by internal armed conflict since 1964.

Santos has been traveling the world to seek funds, but with limited success.

World Bank funding to Colombia has almost doubled in recent years, and Kim said there’s room for even more lending after a peace deal is reached, according to AP.

“I hope that there’s going to be a huge peace dividend,” Kim said. “We’re certainly going to do everything we can to pump it up.”