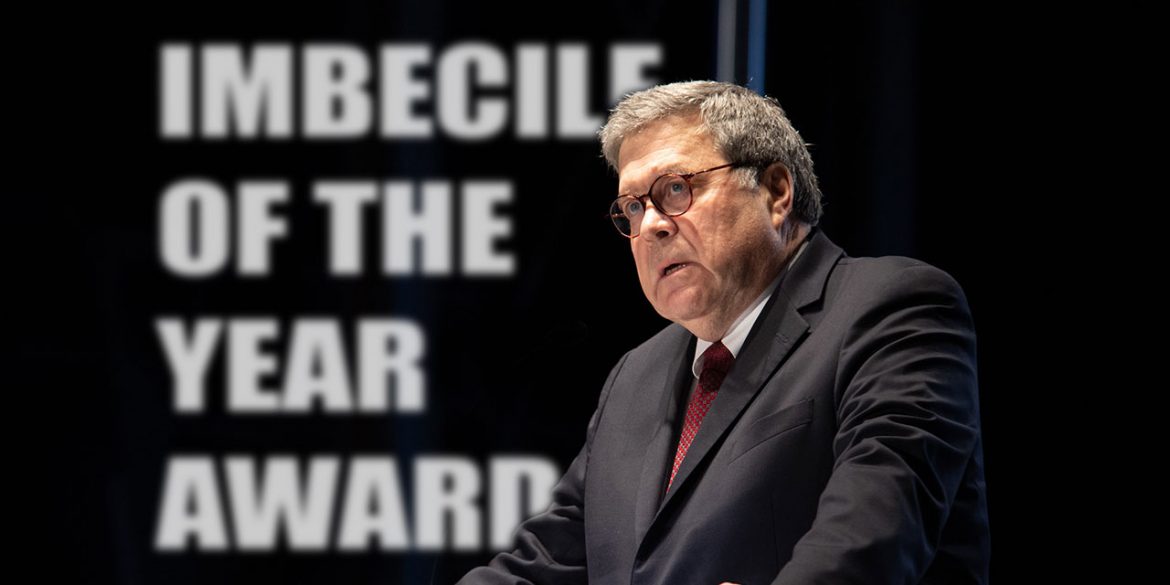 The “narco-terrorism” charges filed by the US government against Venezuela’s President Nicolas Maduro are so utterly ridiculous they can only have been fabricated by imbeciles.

If I understand the incoherent indictment correctly, US Attorney General William Barr believes that Maduro was trafficking drugs with Colombia’s now-defunct FARC rebel group since before he entered politics in 2000.

I’m not familiar with American politics, so I don’t know if Barr is an imbecile or believes the rest of the world is stupid, but in either case he is abusing his country’s justice system for political purposes exactly like Maduro, who is a dictator for crying out loud.

Venezuela’s president ought to be in court alright, but on charges related to crimes he actually committed, like the gross human rights violations investigated by the International Criminal Court (ICC).

Barr’s pathetic fabrications turned the US Department of Justice into an international laughing stock and as much of an insult to justice as Venezuela’s Prosecutor General’s Office.

Meanwhile and courtesy of the US government, Maduro is more powerful than ever and cocaine production in Colombia is tenfold of what it was when Washington celebrated the death of the world’s first narco-terrorist, late drug lord Pablo Escobar.

I have no faith this will get any better as long as Washington is run by a bunch of anti-democratic imbeciles who are conspiring with narcos themselves.

For the sake of Venezuela, I hope the ICC will get off its arse and begin a thorough investigation into Maduro with the intention to bring him to justice for the horrible crimes he has committed against his people.

For the sake of Colombia, I hope the Supreme Court will soon jail the country’s only former Medellin Cartel associate with a Medal of Honor, former President Alvaro Uribe.

For the sake of the United States, I hope the American people will kick Trump and his merry band of delusional retards out of office in November and take back their country.

Until then, we’ll just have to live with the fact that the governments of all three aforementioned banana republics are an insult if not a threat to the dignity of their own people.