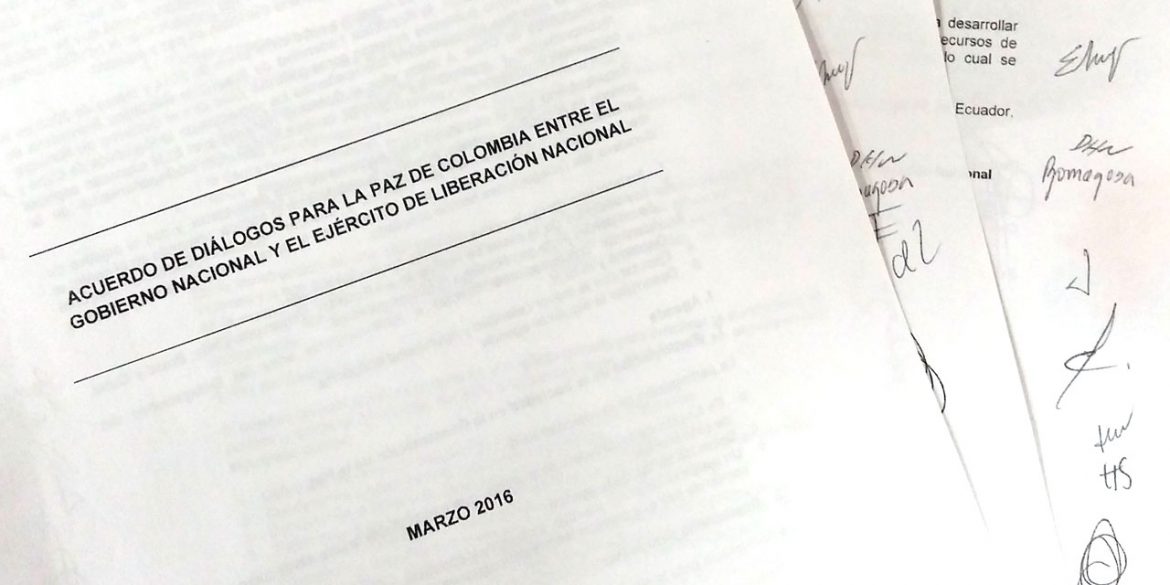 If Duque won’t, then the ELN will: UN receives deals made in suspended peace talks

The ELN’s chief negotiator, “Pablo Beltran,” told press that his team surrendered the partial agreements to the UN and the International Committee of the Red Cross (ICRC) after the Duque administration refused to do so.

Duque has refused to continue talks with the ELN after he took office last year and has refused to acknowledged the legal value of any agreement made by his predecessor, Nobel Peace Prize winner Juan Manuel Santos.

The president discarded the possibility of resuming these talks after the ELN carried out a terrorist attack on a police academy in Bogota and has since refused to comply with the agreements with the rebel group and guarantor countries.

The agreements do not only include the formal agenda of the talks, agreements made after talks formally started in 2017, but also an agreed demining program that began in 2014 already, but was suspended by the president after he took office.

Inside Colombia, Duque’s refusal to negotiate an end to the 55-year-old armed conflict and failures to continue a peace process with former rebel group FARC has led to sharp increases in forced displacement and landmine victims in 2018 for the first time after years of deescalating violence.

The president’s far-right party, the Democratic center, has categorically refused to acknowledge Colombia’s armed conflict, but has been contradicted by the ICRC, which earlier this year pointed out that, according to international humanitarian law, there are as many as five armed conflicts in the South American country.

The ELN, civil society organizations and foreign countries have urged the government to resume peace talks, but have been ignored by Duque.