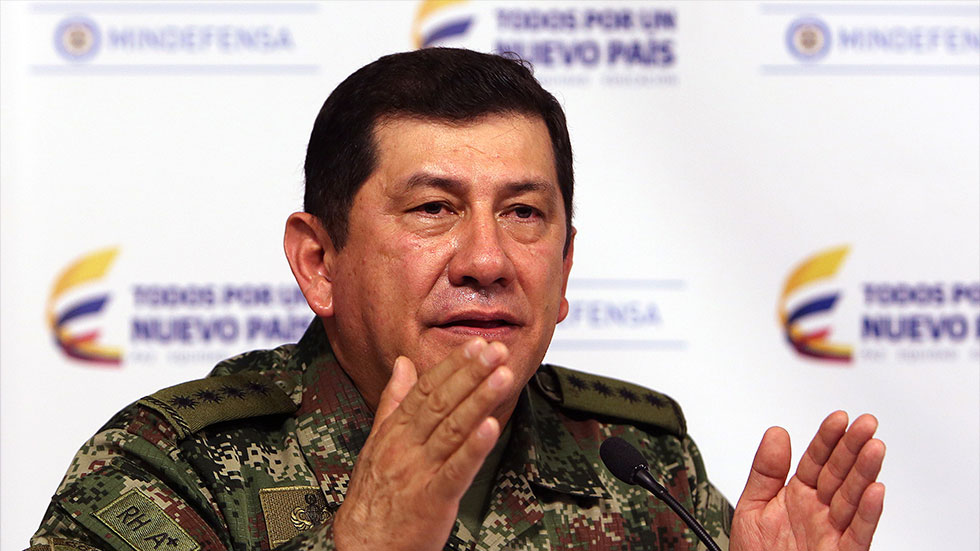 The chief prosecutor of the International Criminal Court (ICC) said in a report that 23 generals and six corporals, including the Colombia’s Armed Forces commander, must be prosecuted for the execution of more than 1,200 civilians.

This means that if either normal or transitional justice does not adequately call the suspected state mass murderers to justice, the ICC could indict them for war crimes itself.

The detailed report made it very clear which military commanders the ICC has its eyes on, and whose trials will be monitored by the international court.

Armed Forces commander Juan Pablo Rodriguez and three of his predecessors, Generals Mario Montoya, Jaime Lasprila and Oscar Gonzales are among the accused of being complicit in one of the worst war crimes committed during the entire 52-year armed conflict.

According to data provided by the ICC, the suspected generals would be criminally responsible for the killing of 1,228 executions whose civilian victims ended up inflating the military’s kill count as guerrillas killed.

According to Colombia’s prosecution, more than 4,000 civilians were assassinated between 2002 and 2010 when former President Alvaro Uribe was president.

Some in the military and many in retired military officials association Acore, a powerful political lobby, have been embroiled in numerous scandals beyond the “false positives” scandal, including the killing of prominent presidential candidates.

Colombia’s prosecution has files on war-related crimes by some 24,400 (former) state officials, including top officials that could be put before the country’s impending transitional justice court that seeks just for the more than 8 million victims of the 52-year armed conflict with a multitude of  armed actors.

Among those facing war crimes allegations is the former president, the most vociferous opponent of the FARC peace deal, allegedly tied to both the Medellin Cartel and the AUC, the paramilitary group that inherited late drug lord Pablo Escobar’s drug trafficking routes after helping to kill the former Congressman in the early 1990s.