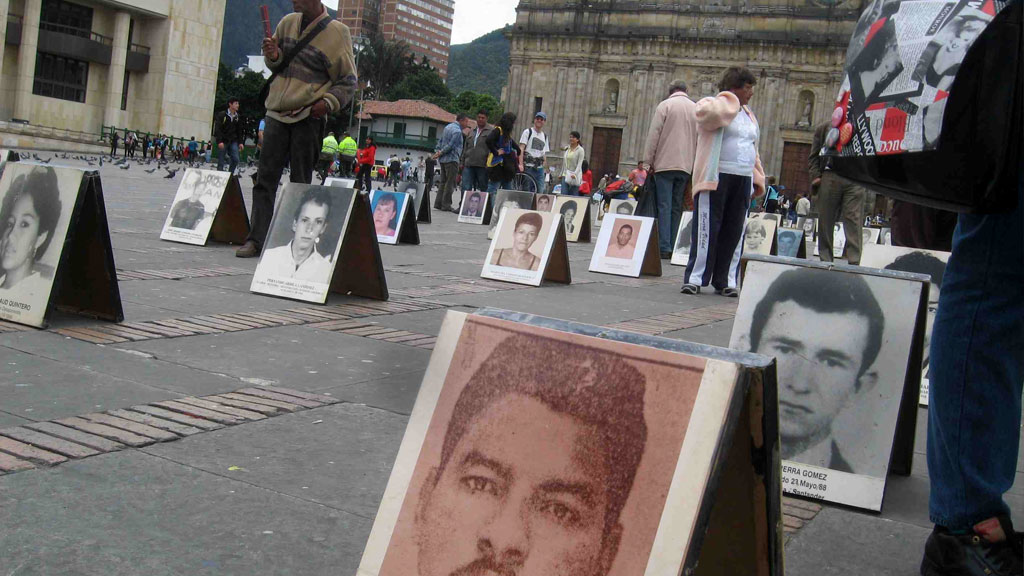 Over 2,500 cases of unexplained disappearances, allegedly perpetrated by members of the Colombian rebel group FARC, have been presented to the International Criminal Court (ICC) in The Hague.

Colombia’s inspector general, a critic of ongoing peace talks with the rebels, presented the ICC a list of 2,760 cases of enforced disappearance, which were allegedly carried out by the FARC.

“There are 2,760 records of cases of enforced disappearances allegedly perpetrated by the FARC. Of these, 1,200 occurred since 2002,” said Inspector General Alejandro Ordoñez.

The national registers show 6,690 other cases of forced disappearances within the country, but there is no clarity who is responsible for these.

The information is part of the official database of the National Missing Person’s Institute of the Medical Examiner’s Office, which contains information on victims and alleged perpetrators

As there is no record of convictions, the attorney expects that those responsible for these went unpunished. This fact will be considered by many as a blow to the peace process as the government and guerrillas are currently negotiating the delicate subject of victimization.

The country’s conservative opposition, led by former President Alvaro Uribe, has repeatedly expressed concerns the government might grant “impunity” to the FARC.

Considering that forced disappearance is a very serious violation of human rights, the lack of convictions suggests a “high degree of impunity” for the FARC in the past, said the inspector general.

Ordoñez said that with the delivery of the figures to the ICC, he is “confident that those responsible for these cases will be investigated, prosecuted and convicted. The cases must not go unpunished and it is for the ICC to activate their powers to ensure the right to justice for the victims.”

The delivery of the report comes after numerous reviews by Ordoñez of the peace process between the Colombian government and the FARC. The talks have been going on since November 2012 in Havana, Cuba. The prosecutor general has stated that he has always doubted whether the guerrillas will be made to respond to the justice for crimes committed in armed conflict.

The peace talks are currently in the process of discussing the issue of victims, involving truth, justice, reparation and guarantees of non-repetition.